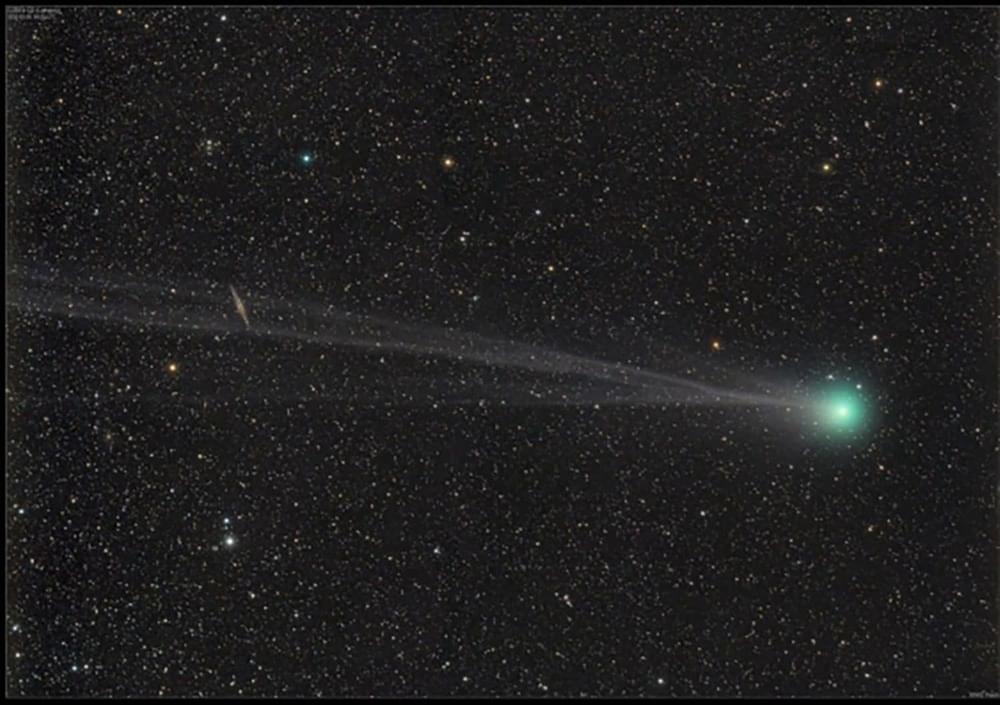 But strangely, this green shade disappears before it reaches the one or two tails trailing behind the comet.

Astronomers, scientists, and chemists have been puzzled by this mystery for almost 90 years. In 1930, it was suggested that this phenomenon was due to sunlight destroying diatomic carbon. The carbon is created from the interaction between sunlight and organic matter on the comet’s head. However, due to the instability of dicarbon, this theory has been hard to test.

Scientists at UNSW Sydney have finally found a way to test this chemical reaction in a laboratory – and in doing so, has proven this 90-year-old theory correct. They solved this mystery with the help of a vacuum chamber, a lot of lasers, and one powerful cosmic reaction.