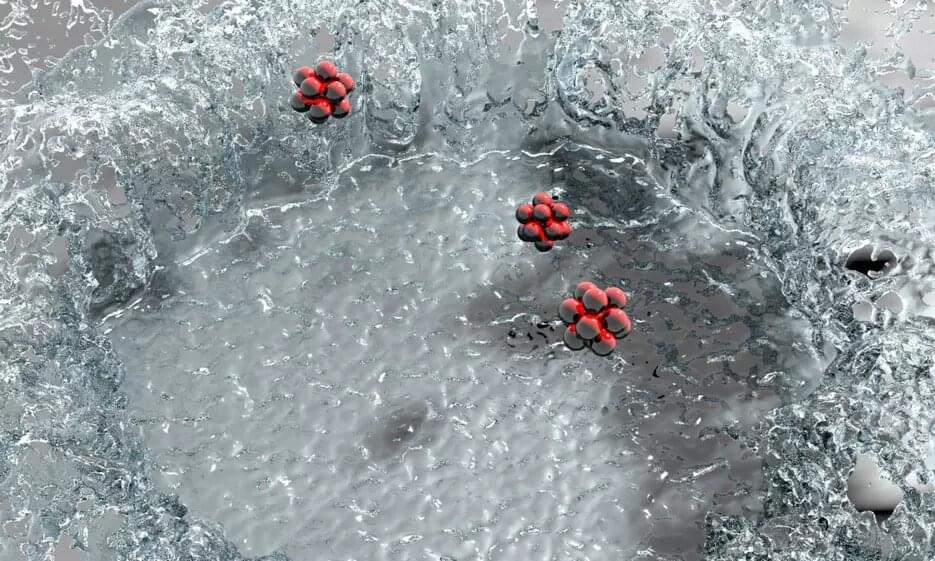 While working with helium nanodroplets, scientists at the Department of Ion Physics and Applied Physics led by Fabio Zappa and Paul Scheier have come across a surprising phenomenon: When the ultracold droplets hit a hard surface, they behave like drops of water. Ions with which they were previously doped thus remain protected on impact and are not neutralized.

At the Department of Ion Physics and Applied Physics, Paul Scheier’s research group has been using helium nanodroplets to study ions with methods of mass spectrometry for around 15 years. Using a supersonic nozzle, tiny, superfluid helium nanodroplets can be produced with temperatures of less than one degree Kelvin. They can very effectively be doped with atoms and molecules. In the case of ionized droplets, the particles of interest are attached to the charges, which are then measured in the mass spectrometer. During their experiments, the scientists have now stumbled upon an interesting phenomenon that has fundamentally changed their work. “For us, this was a gamechanger,” says Fabio Zappa from the nano-bio-physics team. “Everything at our lab is now done with this newly discovered method.” The researchers have now published the results of their studies in Physical Review Letters.