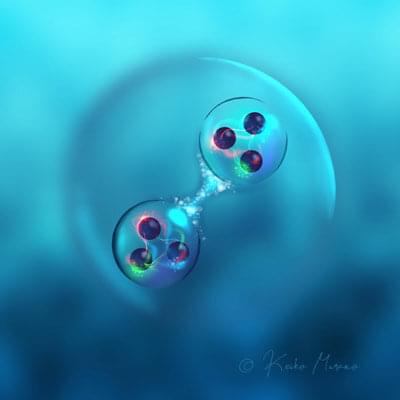 The predicted existence of an exotic particle made up of six elementary particles known as quarks by RIKEN researchers could deepen our understanding of how quarks combine to form the nuclei of atoms.

Quarks are the fundamental building blocks of matter. The nuclei of atoms consist of protons and neutrons, which are in turn made up of three quarks each. Particles consisting of three quarks are collectively known as baryons.

Scientists have long pondered the existence of systems containing two baryons, which are known as dibaryons. Only one dibaryon exists in nature—deuteron, a hydrogen nucleus made up of a proton and a neutron that are very lightly bound to each other. Glimpses of other dibaryons have been caught in nuclear-physics experiments, but they had very fleeting existences.