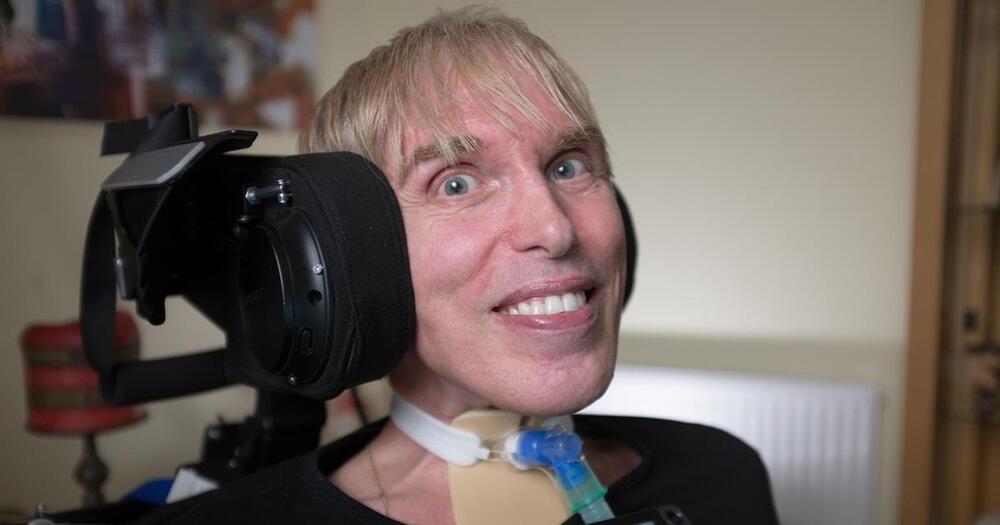 At this point, Scott-Morgan is almost completely “locked-in,” unable to move except for his eyes and a few facial muscles. His sense of smell and taste are gone, and he can’t breathe on his own, but his brilliant mind is fully intact.

Scott-Morgan now relies on a synthetic version of his biological voice and has had his face scanned to produce a 3D animated avatar, which he wears on a screen on his chest when speaking publicly. After a series of operations to extend his life, including a total laryngectomy, he uses technologies like GPT-2, OpenAI’s generative deep-learning model for text, pushing the boundaries of what it means to be human.