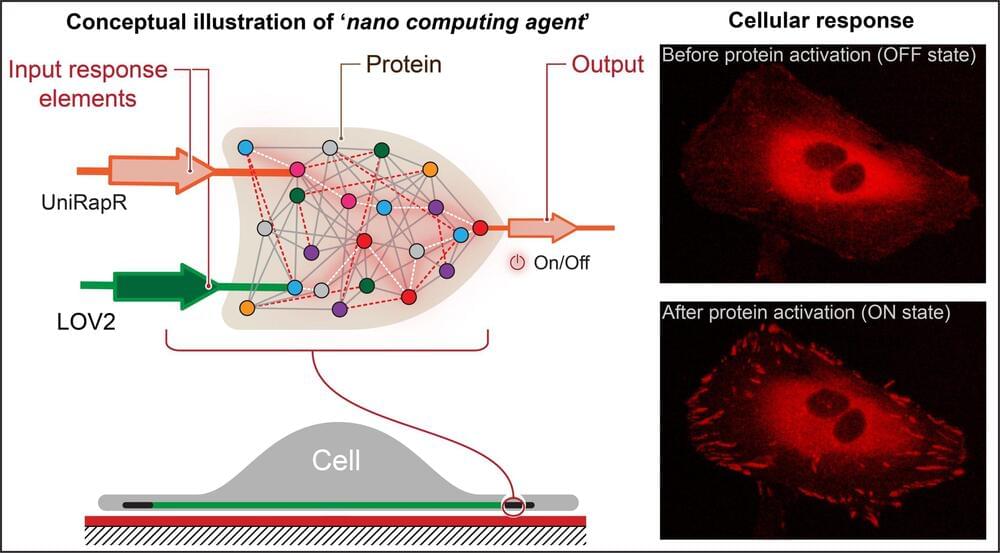 The creation of nanoscale computers for use in precision health care has long been a dream of many scientists and health care providers. Now, for the first time, researchers at Penn State have produced a nanocomputing agent that can control the function of a particular protein that is involved in cell movement and cancer metastasis. The research paves the way for the construction of complex nanoscale computers for the prevention and treatment of cancer and other diseases.

Nikolay Dokholyan, G. Thomas Passananti Professor, Penn State College of Medicine, and his colleagues — including Yashavantha Vishweshwaraiah, postdoctoral scholar in pharmacology, Penn State — created a transistor-like ‘logic gate,’ which is a type of computational operation in which multiple inputs control an output.

“Our logic gate is just the beginning of what you could call cellular computing,” he said, “but it is a major milestone because it demonstrates the ability to embed conditional operations in a protein and control its function, said Dokholyan. ” It will allow us to gain a deeper understanding of human biology and disease and introduces possibilities for the development of precision therapeutics.”