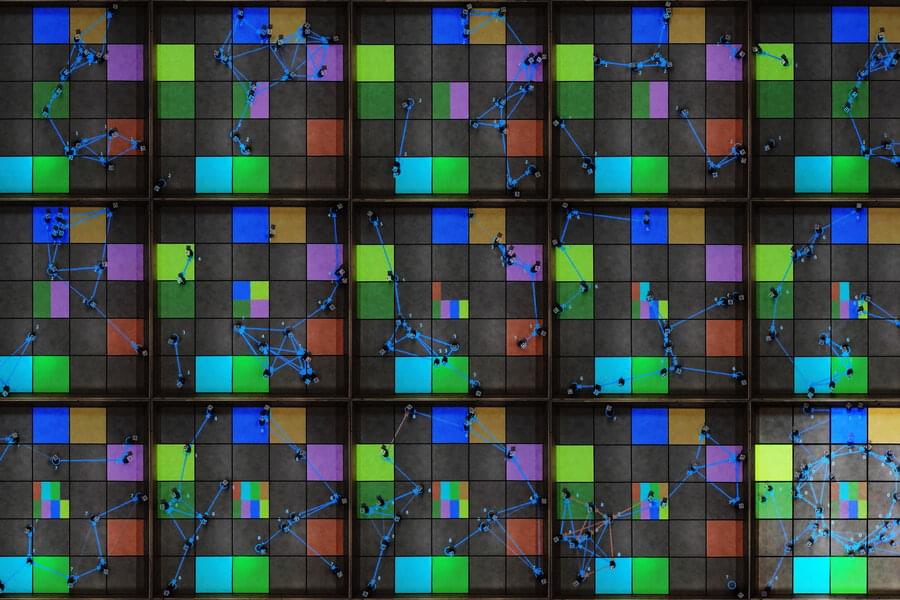 The transaction-based communications system ensures robot teams achieve their goal even if some robots are hacked.

Imagine a team of autonomous drones equipped with advanced sensing equipment, searching for smoke as they fly high above the Sierra Nevada mountains. Once they spot a wildfire, these leader robots relay directions to a swarm of firefighting drones that speed to the site of the blaze.

But what would happen if one or more leader robots was hacked by a malicious agent and began sending incorrect directions? As follower robots are led farther from the fire, how would they know they had been duped?

The use of blockchain technology as a communication tool for a team of robots could provide security and safeguard against deception, according to a study by researchers at MIT and Polytechnic University of Madrid, which was published today in IEEE Transactions on Robotics. The research may also have applications in cities where multirobot systems of self-driving cars are delivering goods and moving people across town.