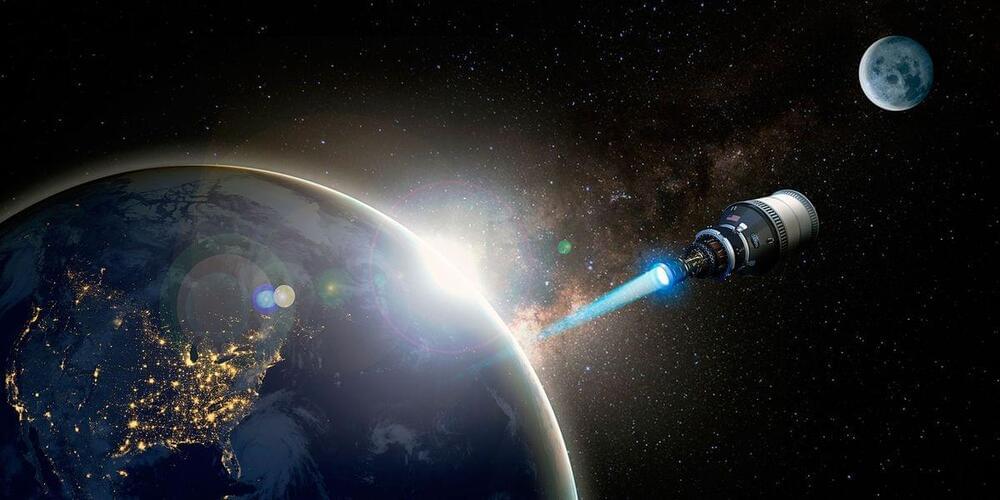 The spacecraft will provide fast transport between Earth and the moon—and beyond.

Picture this: World War III is just hours away. In the cold vastness of space, enemy robotic spacecraft are slowly adjusting their orbits and preparing to launch a surprise attack on the U.S.’s fleet of satellites. The uncrewed craft, with robotic arms strong enough to disable a satellite, are creeping up on American spacecraft, about to deal a knockout blow to the U.S. military.

But down on Earth, U.S. Space Force guardians have been keeping track of the assassin craft, knowing that in order to present as low a profile target as possible, they have just enough fuel for one attack. At the last minute, after the enemy satellites have committed to attack, the command activates the nuclear thermal propulsion (NTP) engines on the American satellites, quickly boosting them into a higher orbit and safely out of range.