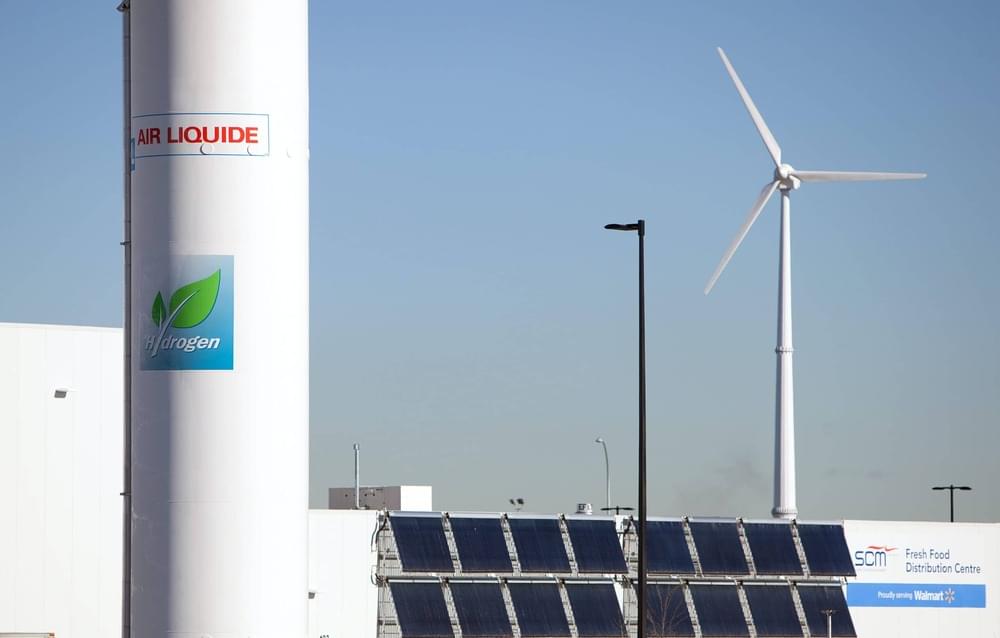 A new study finds that hydrogen fuel produced from water using renewable energy will be cheaper than natural gas-based hydrogen with carbon capture by 2030.

New research predicts that green hydrogen — a clean fuel produced from water using renewables — will be comparable in cost and likely cheaper than blue hydrogen by 2030. This is much sooner than what the blue hydrogen industry is estimating when advocating for the natural gas-based fuel to be widely adopted — essentially eliminating the only viable argument to invest in blue hydrogen.

“The True Cost of Solar Hydrogen,” the report from a European research team led by the European Technology and Innovation Platform for Photovoltaics, was published September 7 in the journal Solar RRL and concludes that “during this decade, solar hydrogen will be globally a less expensive fuel compared with hydrogen produced from natural gas with CCS [blue hydrogen].” (CCS is carbon capture and storage.)

This is a much different scenario than the argument being made by supporters of blue hydrogen, such as the gas industry and others who are claiming that within a decade green hydrogen will still be at least double the cost of blue hydrogen.