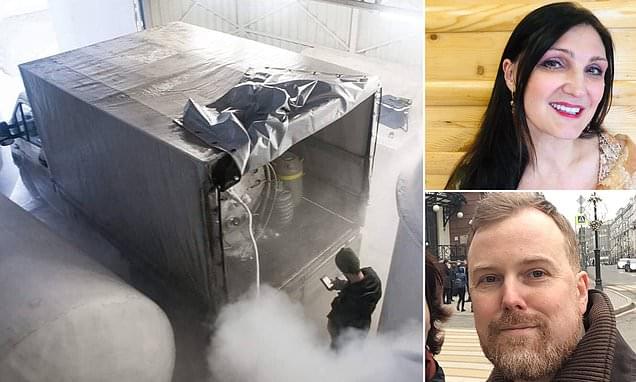 A bitter divorce battle in Russia has led to cryogenically frozen bodies being seized in an extraordinary day-time raid.

Staff of a company set up by Valeria Udalova, 59 grabbed the remains of people — including from Britain and the US — who paid thousands of pounds hoping to be brought back to life when science advances to allow this.

She and her team raided the company run by her ex-husband Danila Medvedev, 41 near Moscow, which is home to Russia’s leading cryo-storage facility, say reports.