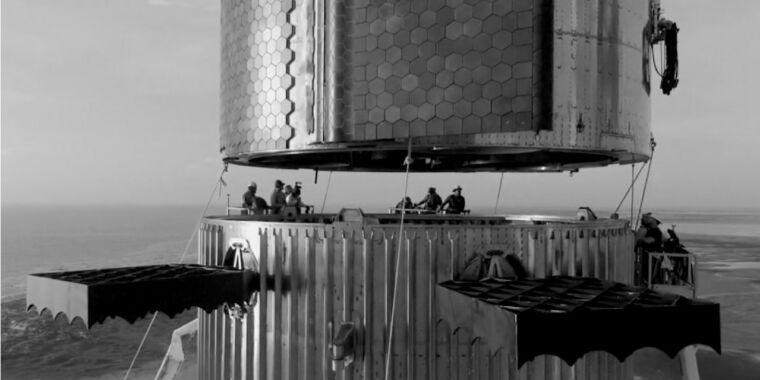 And ArsTechnica seems to be totally missing the point as “delaying” Starship for SOUND AND PRACTICAL SAFETY AND ENVIRONMENTAL QUESTIONS is not ‘delaying’ progress and one needs to simply ask why SpaceX “engineers” can’t up their game enough to actually answer or address those legitimate questions? The answer is rather simple, they probably CAN but the person “in charge” has no with to, incentive to, or will to do so because he sees anyone that questions him as ‘unreasonable opposition’ rather than legitimate concern. Starship could crash and burn on the orbital flight and it would not make a difference at all to the ‘world’ in general. We can and have recovered from worse numerous times while advancing technology and transportation. The FACT that Musk, (and his many rapid fans) somehow “assume” that he and only he can ‘advance’ space access are very much proof that this is not about engineering, ability or purpose but strictly about ego.

To the FAA, Musk seemed to be saying, federal regulators must do their part to ensure the future arrives on schedule. Just as the 20th-century skyscrapers marked the beginning of a new era and eventually launched America into a prosperous future of finance, communication, marketing, and more, the 21st century now beckons.

The skyscraper age will soon give way to the space age.

Holding back Starship means holding back this progress, Musk wanted regulators to understand. For no longer does our vision stop in the clouds—it extends far, far beyond them. During the last five decades, humans have begun to explore the Solar System. Now it is time to extend commerce there and settle humans on new worlds. Some people oppose this vision, of course, but Musk is counting on government ultimately being on the side of industry and progress.