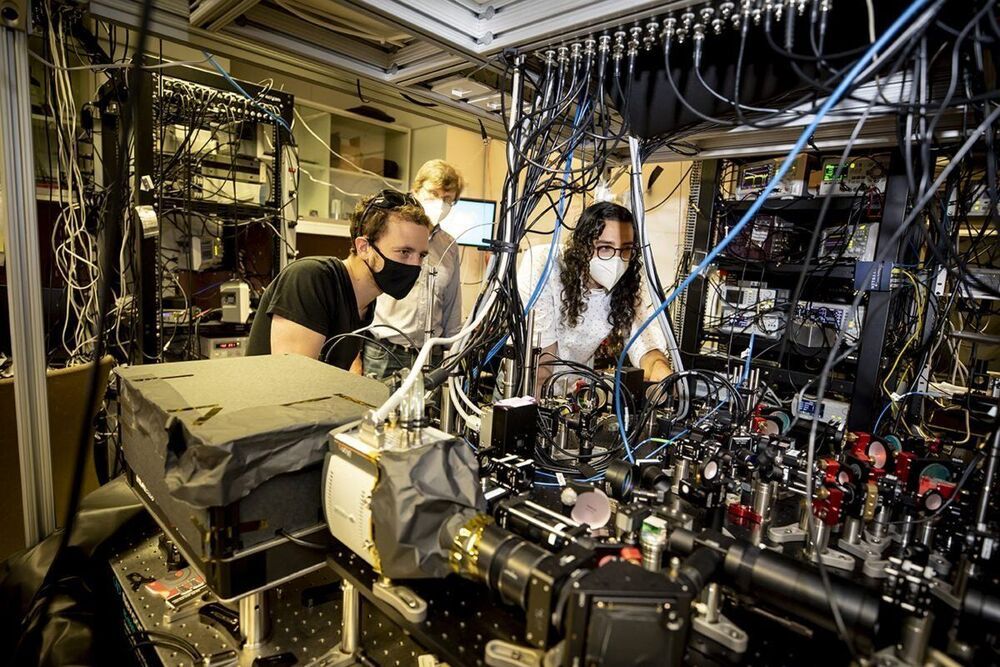 A team of physicists from the Harvard-MIT Center for Ultracold Atoms and other universities has developed a special type of quantum computer known as a programmable quantum simulator capable of operating with 256 quantum bits, or “qubits.”

The system marks a major step toward building large-scale quantum machines that could be used to shed light on a host of complex quantum processes and eventually help bring about real-world breakthroughs in material science, communication technologies, finance, and many other fields, overcoming research hurdles that are beyond the capabilities of even the fastest supercomputers today. Qubits are the fundamental building blocks on which quantum computers run and the source of their massive processing power.

“This moves the field into a new domain where no one has ever been to thus far,” said Mikhail Lukin, the George Vasmer Leverett Professor of Physics, co-director of the Harvard Quantum Initiative, and one of the senior authors of the study published today in the journal Nature. “We are entering a completely new part of the quantum world.”