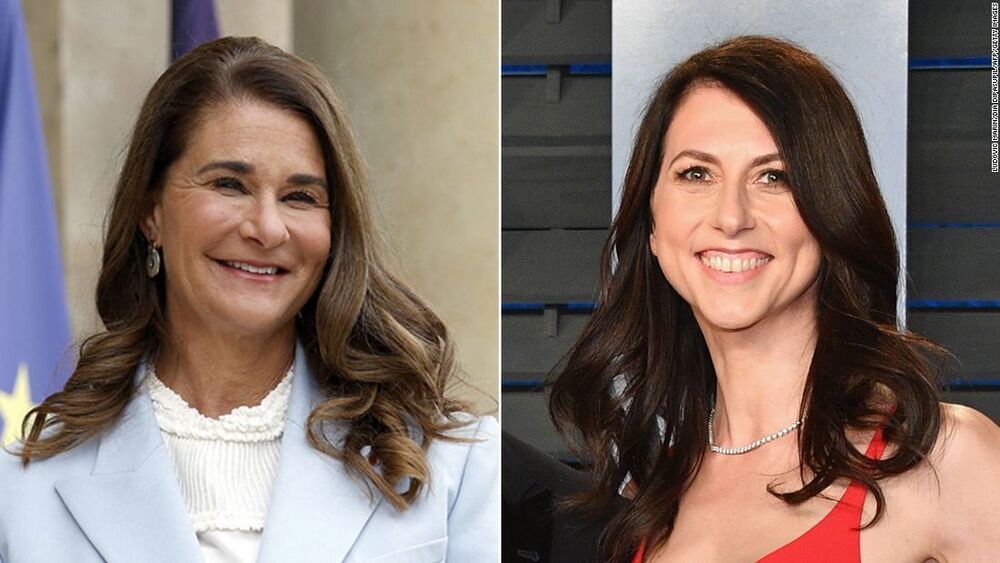 French Gates and Scott, who were formerly married to Seattle-based tech founders Bill Gates and Jeff Bezos, respectively, have become powerful philanthropists in their own rights. Both women, who are among the richest people in the world, have signed The Giving Pledge, promising to give away the majority of their wealth in their lifetimes.

In a powerful philanthropic pairing, Melinda French Gates and McKenzie Scott have teamed up to direct $40 million to advancing the power and influence of American women over the next decade.

The donation is being awarded to winners of the Equality Can’t Wait Challenge, a competition hosted by French Gates’ investment firm Pivotal Ventures, with financial support from Scott and her husband, Dan Jewett, as well as from the Charles and Lynn Schusterman Family Philanthropies. The challenge billed itself as “the first competition centered on gender and equality in the U.S. with an award of this magnitude and … an opportunity to invest in and empower women leaders.”

The four contest winners — which were chosen from among 550 applicants — proposed various creative ways to empower and improve the lives of women and gender non-conforming people in the United States. They include establishing publicly supported infrastructure for childcare and other forms of caregiving; creating training for women interested in software development careers; accelerating young women’s trajectories through college and their early careers; and growing “impactful businesses owned by Native womxn.”