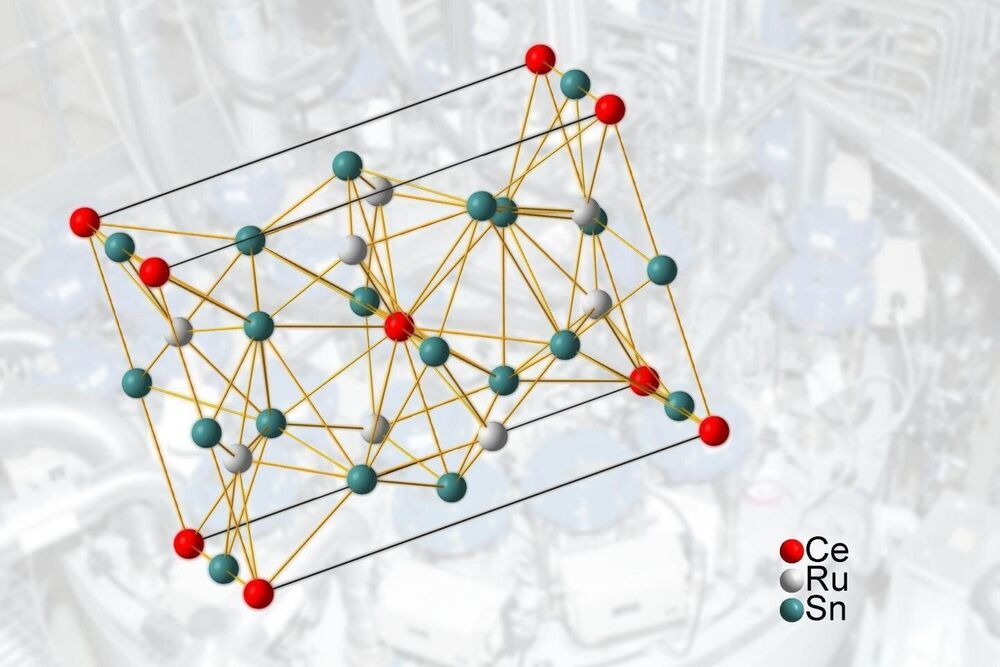 Such a quantum critical point has now been discovered by an Austrian-American research team in a novel material, and in an unusually pristine form. The properties of this material are now being further investigated.

It is suspected that the material could be a so-called Weyl-Kondo semimetal, which is considered to have great potential for quantum technology due to special quantum states (so-called topological states). If this proves to be true, a key for the targeted development of topological quantum materials would have been found.

This surprising result is probably related to the fact that the behavior of electrons in this material has some special features. "It is a highly correlated electron system. This means that the electrons interact strongly with each other, and that you cannot explain their behavior by looking at the electrons individually.

If there are only relatively few free electrons, as is the case in a semimetal, then the Kondo effect is unstable. This could be the reason for the quantum critical behavior of the material: the system fluctuates between a state with and a state without the Kondo effect, and this has the effect of a phase transition at zero temperature.

The main reason why the result is of such central importance is that it is suspected to be closely connected to the phenomenon of “Weyl fermions.” In solids, Weyl fermions can appear in the form of quasiparticles–i.e. as collective excitations such as waves in a pond. According to theoretical predictions, such Weyl fermions should exist in this material.

It seems to us that certain quantum effects–namely quantum critical fluctuations, the Kondo effect and Weyl fermions–are tightly intertwined in the newly discovered material and, together, give rise to exotic Weyl-Kondo states. These are ‘topological’ states of great stability that, unlike other quantum states, cannot be easily destroyed by external disturbances. This makes them particularly interesting for quantum computers.

Thanks to folkstone design inc. & zoomers of the sunshine coast BC