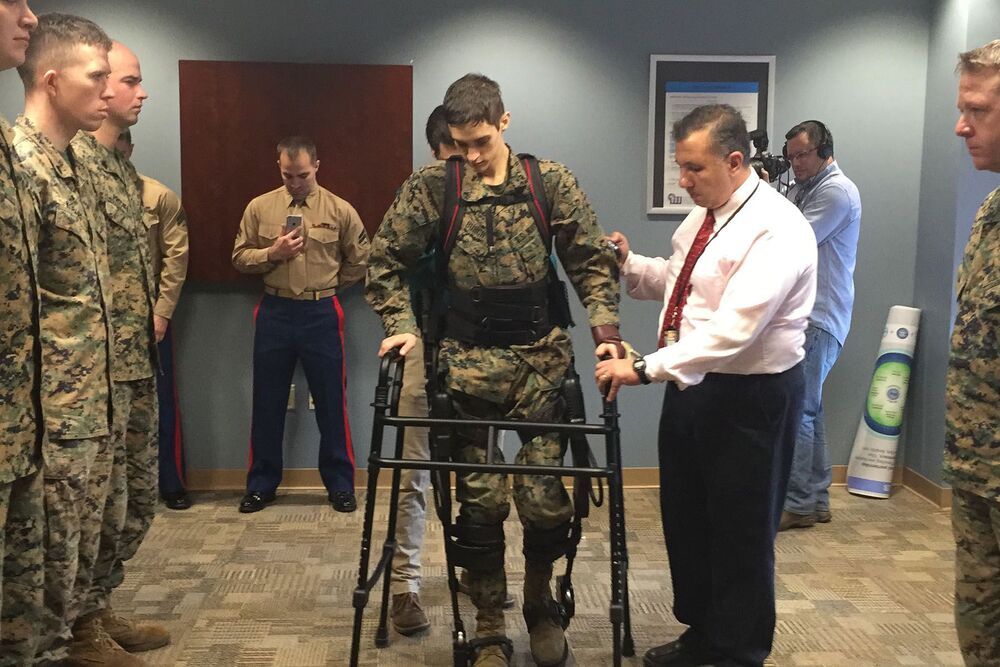 “While epidural stimulators have shown some degree of success with limb paralysis in research elsewhere, this is the first such study at the VA, explained Dr. Ashraf Gorgey, chief of spinal cord injury research at the Richmond hospital. Gorgey said the study has several goals: to see how well an epidural stimulator made by Medtronic for pain management can work on spinal cord injuries and to demonstrate the promise of the technology, which can be implanted with minimum surgery. “With this study, we might get companies like Medtronic and Boston Scientific to start creating something more specific for spinal cord injuries,” he said. “We also want to show that you don’t need invasive surgery to use this device. We use just a needle under fluoroscopy, and through the needle, we thread the leads in. On the same day Josh had his surgery, he was down in this room working out on the mat.””

That immediate change following the implant bolstered confidence in his decision to enroll in the research, he added.

When he is not at the VA — he spends 90 minutes there three times a week — Burch works with his brother, Travis, also a former Marine, renovating and flipping houses in Portsmouth, and he plays on two wheelchair rugby teams. He credits the sport, once known as murderball, and his teammates on the Oscar Mike Militia, an all-veterans team, for his recovery to date.

“The first tournament I ever went to, I had my mom with me because I couldn’t really do anything. And my teammates were like, ‘You gonna bring your mommy to every tournament?’ I was like, ‘OK, I need to learn to be independent,’” Burch said.