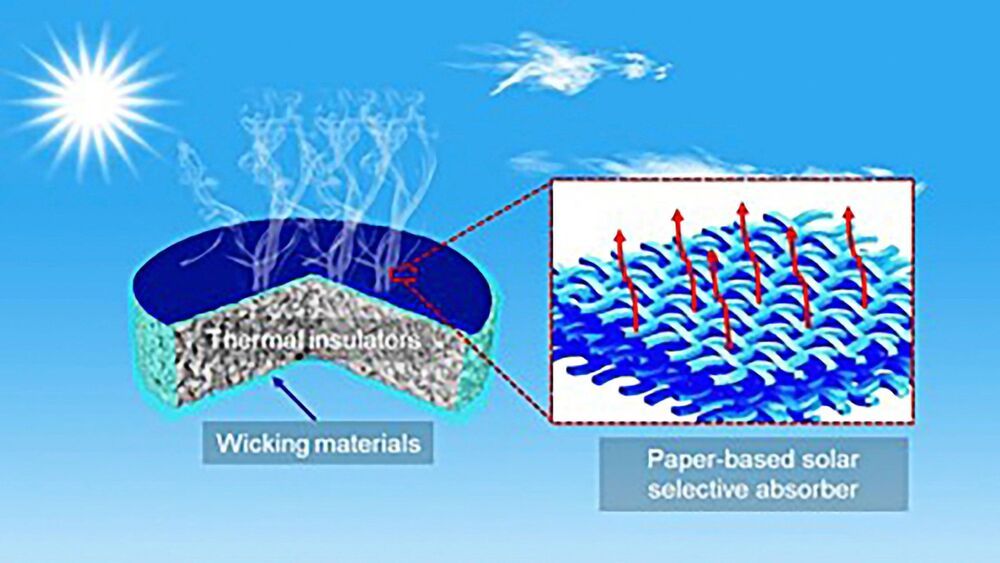 Despite the vast amount of water on Earth, most of it is nonpotable seawater. Freshwater accounts for only about 2.5% of the total, so much of the world experiences serious water shortages.

In AIP Advances, by AIP Publishing, scientists in China report the development of a highly efficient desalination device powered by solar energy. The device consists of a titanium-containing layer, TiNO, or titanium nitride oxide, capable of absorbing solar energy. The TiNO is deposited on a special type of paper and foam that allows the solar absorber to float on seawater.