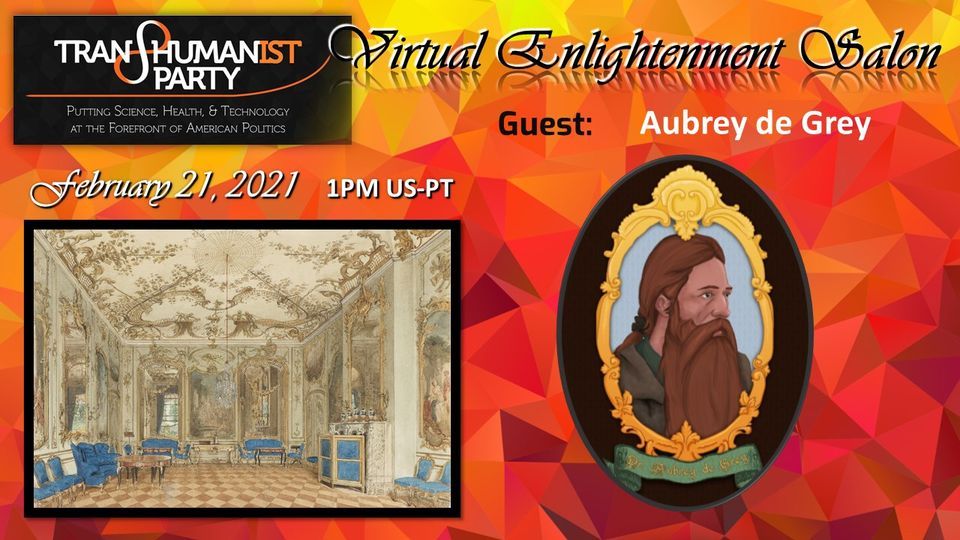 On Sunday, February 212021, at 1 p.m. U.S. Pacific Time, the U.S. Transhumanist Party invites Dr. Aubrey de Grey of the SENS Research Foundation, for an in-depth conversation about recent developments in the quest to reverse the damage of biological aging. The discussion will cover current in rejuvenation research and advocacy, as well as delve into how the prospects for reaching longevity escape velocity have changed since Dr. de Grey’s remarks at the U.S. Transhumanist Party Discussion Panel on Life Extension nearly 4 years ago in 2017.

Dr. Aubrey de Grey is the biomedical gerontologist who researched the idea for and founded SENS Research Foundation — http://www.sens.org/. He received his BA in Computer Science and Ph.D. in Biology from the University of Cambridge in 1985 and 2000, respectively. Dr. de Grey is Editor-in-Chief of Rejuvenation Research, is a Fellow of both the Gerontological Society of America and the American Aging Association, and sits on the editorial and scientific advisory boards of numerous journals and organizations.