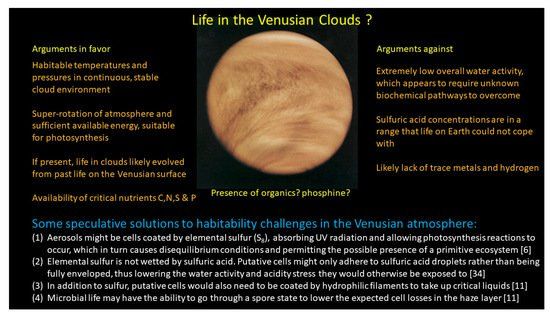 The case (or not) for life in the clouds of Venus, re-evaluated 7 months after the initial claimed detection of phosphine in its atmosphere.

The possible detection of the biomarker of phosphine as reported by Greaves et al. in the Venusian atmosphere stirred much excitement in the astrobiology community. While many in the community are adamant that the environmental conditions in the Venusian atmosphere are too extreme for life to exist, others point to the claimed detection of a convincing biomarker, the conjecture that early Venus was doubtlessly habitable, and any Venusian life might have adapted by natural selection to the harsh conditions in the Venusian clouds after the surface became uninhabitable. Here, I first briefly characterize the environmental conditions in the lower Venusian atmosphere and outline what challenges a biosphere would face to thrive there, and how some of these obstacles for life could possibly have been overcome.