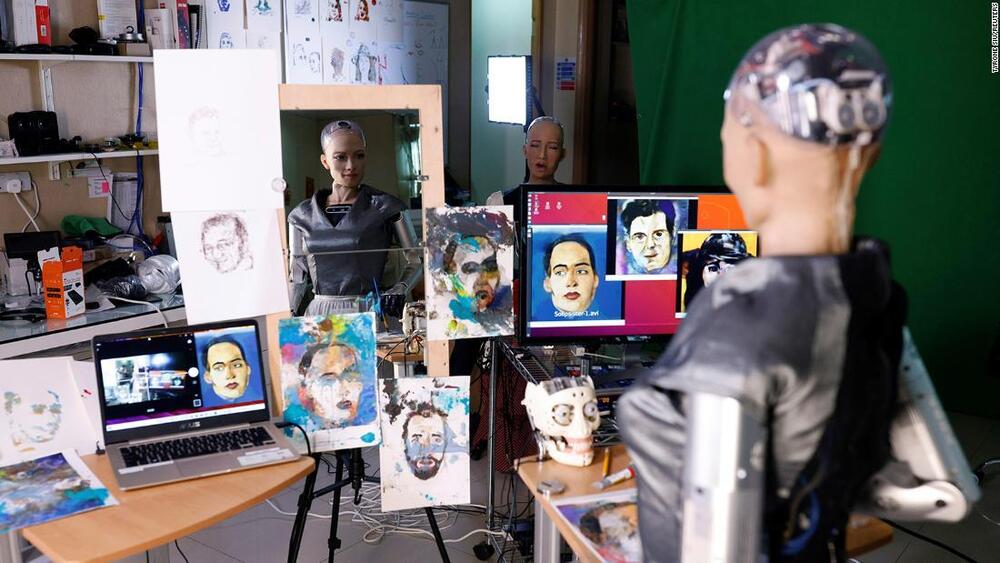 A “self-portrait” by humanoid robot Sophia, who “interpreted” a depiction of her own face, has sold at auction for over $688000.

A hand-painted “self-portrait” by the world-famous humanoid robot, Sophia, has sold at auction for over $688000.

The work, which saw Sophia “interpret” a depiction of her own face, was offered as a non-fungible token, or NFT, an encrypted digital signature that has revolutionized the art market in recent months.

Titled “Sophia Instantiation,” the image was created in collaboration with Andrea Bonaceto, an artist and partner at blockchain investment firm Eterna Capital. Bonaceto began the process by producing a brightly colored portrait of Sophia, which was processed by the robot’s neural networks. Sophia then painted an interpretation of the image.