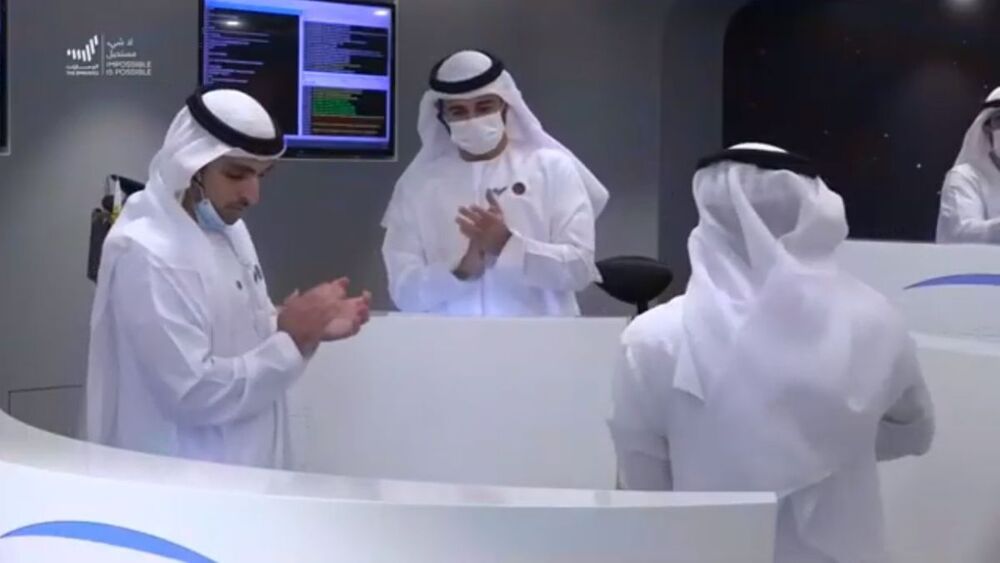 “The spacecraft, dubbed Hope, launched July 192020, atop a Japanese H-IIA rocket, then spent seven months trekking to the Red Planet. Today (Feb. 9), Hope needed to fire its thrusters for nearly half an hour straight to slow down enough to slip into orbit around the Red Planet, from 75000 mph to 11000 mph (121000 kph to 18000 kph). Mission personnel on the ground could only watch what happened and hope for the best. “This has been a remarkable journey of humanity,” UAE Space Agency chairperson Sarah Al Amiri said during preparations for the orbital insertion maneuver. With the successful Mars orbit insertion, the UAE becomes the fifth entity to reach the Red Planet, joining NASA, the Soviet Union, the European Space Agency and India. Today’s success also puts the $200 million Hope spacecraft on the bright side of grim Mars mission statistics: About half of flights to the Red Planet fail.”

The milestone comes little more than a decade after the country launched its first satellite.