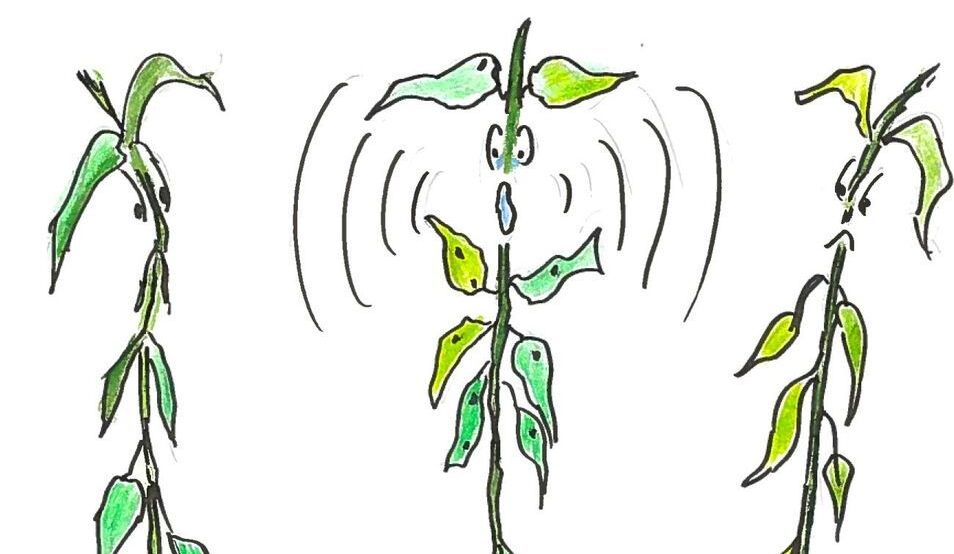 When a leafy plant is under attack, it doesn’t sit quietly. Back in 1983, two scientists, Jack Schultz and Ian Baldwin, reported that young maple saplings getting bitten by insects release a spurt of chemicals that float through the air. You and I wouldn’t notice, but these chemicals carry a slight odor that neighboring plants can detect. It’s a little like a silent scream.

These chemicals come from the injured parts of the plant and seem to be an alarm. Maybe not an intentional warning like, “Watch Out! Aphid Attack!” but more like a simple distress call like, “Aphids! Aphids! Aphids!” or, “Attack! Attack!” The chemicals the plants pump through the air are a blend of organic molecules — alcohols, aldehydes, ketones and esters — known as volatile organic compounds, VOCs for short.”

Animals bark, sing, growl and chat. Plants, one would think, just sit there. But it turns out that plants bark, growl and chat as well. Here’s how they do it.