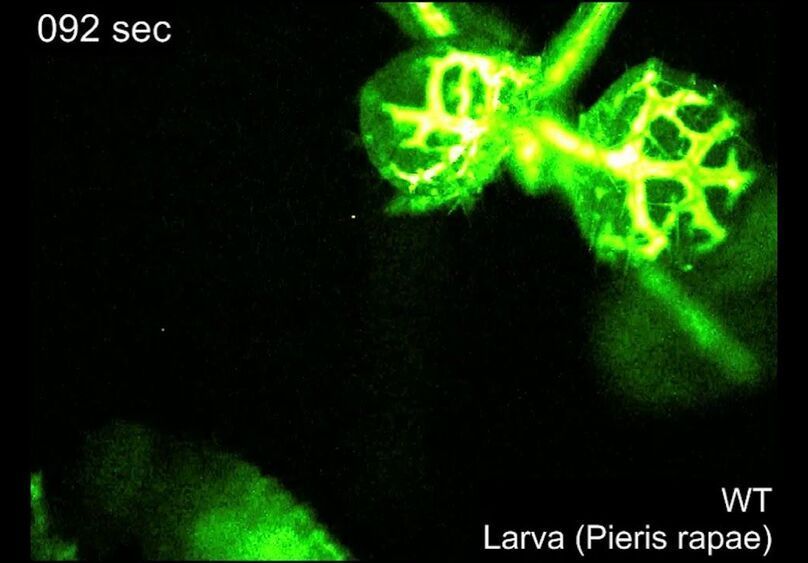 A study from the University of Wisconsin-Madison published on September 14 in Science revealed that when a plant is injured, they release a nervous system-like signal throughout their body, similar to the pain response found in humans and other animals.

When a human is injured, sensory cells in our bodies alert our nervous system to release the neurotransmitter glutamate. This stimulates a part of our brain to release adrenaline, which kicks our fight-or-flight response into gear. Plants don’t have nervous systems but video captured by the scientists behind this new study of injured plants shows that they do have their own version of fight-or-flight when they come under attack.

The footage captured by the study’s scientists shows a caterpillar eating away at a plant and the plant’s subsequent response. Because they lack a nervous system, plants don’t have neurotransmitters, but they do still have glutamate. In the video, a plant is bitten by a caterpillar and releases glutamate at the bite site. This activates a calcium wave to rush through the plant’s entire body, which then triggers the plant to release their own stress hormone.

When humans are under attack, our fight-or-flight reaction is triggered — and it turns out the same is true for plants too.