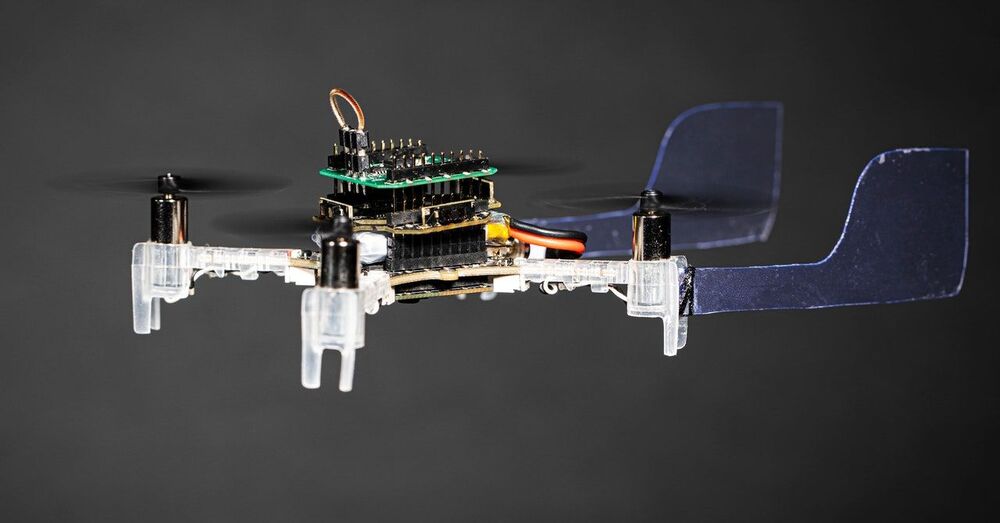 “It’s all thanks to the sacrifice of the hawk moth Manduca sexta, which is an extremely sensitive smeller, like other moths. When a moth picks up a scent, like that of a flower or a potential mate, the odors bind to proteins inside the antennae, and these proteins in turn activate neurons dedicated to specific chemicals. That means the antennae are producing electrical signals that researchers can tap into. In order to create a sort of moth-drone cyborg, mechanical engineer Melanie Anderson of the University of Washington cold-anesthetized a hawk moth in a freezer before removing its antennae. Then she cut both ends off of a single antenna and attached each to an itty-bitty wire hooked up to an electrical circuit. “A lot like a heart monitor, which measures the electrical voltage that is produced by the heart when it beats, we measure the electrical signal produced by the antenna when it smells odor,” says Anderson, lead author on a recent paper in the journal Bioinspiration and Biomimetics describing the research. “And very similarly, the antenna will produce these spike-shaped pulses in response to patches of odor.””

Researchers slap a living antenna on a drone to give the machine an insanely keen sense of smell. Ladies and gentlemen, meet the “Smellicopter.”