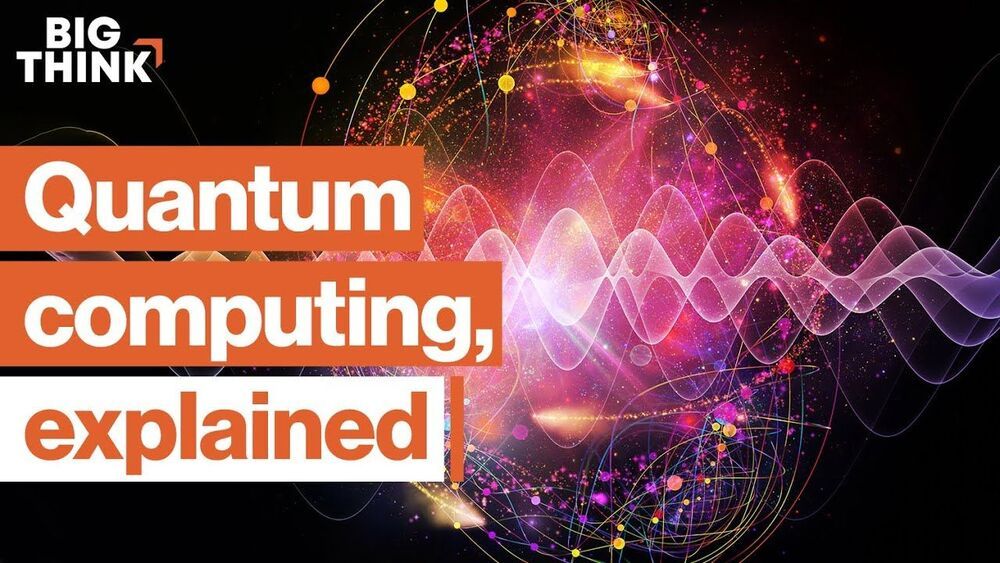 Quantum computer chips are astoundingly small, about the size of a fingernail. Scientists have to not only build the computer itself but also the ultra-protected environment in which they operate. Total isolation is required to eliminate vibrations and other external influences on synchronized atoms; if the atoms become ‘decoherent’ the quantum computer cannot function.

“You need to create a very quiet, clean, cold environment for these chips to work in,” says quantum computing expert Vern Brownell. The coldest temperature possible in physics is-273.15 degrees C. The rooms required for quantum computing are-273.14 degrees C, which is 150 times colder than outer space. It is complex and mind-boggling work, but the potential for computation that harnesses the power of parallel universes is worth the chase.

MICHIO KAKU: Years ago, we physicists predicted the end of Moore’s Law, which says a computer power doubles every 18 months. But we also, on the other hand, proposed a positive program—perhaps molecular computers, quantum computers can take over when silicon power is exhausted. In fact, already we see a slowing down of Moore’s Law. Computer power simply cannot maintain its rapid exponential rise using standard silicon technology. The two basic problems are heat and leakage. That’s the reason why the age of silicon will eventually come to a close. No one knows when, but as I mentioned we already now can see the slowing down of Moore’s Law, and in 10 years it could flatten out completely. So what’s the problem? The problem is that a Pentium chip today has a layer almost down to 20 atoms across, 20 atoms across. When that layer gets down to about five atoms across, it’s all over. You have two effects, heat. The heat generated will be so intense that the chip will melt. You can literally fry an egg on top of the chip, and the chip itself begins to disintegrate. And second of all, leakage. You don’t know where the electron is anymore. The quantum theory takes over. The Heisenberg Uncertainty Principle says you don’t know where that electron is anymore, meaning it could be outside the wire, outside the Pentium chip or inside the Pentium chip. So there is an ultimate limit set by the laws of thermodynamics and set by the laws of quantum mechanics, as to how much computing power you can do with silicon.

VERN BROWNELL: I refer to today’s computers as classical computers. They compute largely in the same way they have for the past 60 or 70 years, since John Von Neumann and others invented the first electronic computers back in the ‘40s. And we’ve had amazing progress over those years. Think of all the developments there’ve been on the hardware side and the software side over those 60 or 70 years and how much energy and development has been put into those areas. And we’ve achieved marvelous things with that classical computing environment, but it has its limits too, and people sometimes ask, “Why would we need any more powerful computers?” These applications, these problems that we’re trying to solve, are incredibly hard problems and aren’t well-suited for the architecture of classical computing. So I see quantum computing as another set of tools, another set of resources for scientists, researchers, computer scientists, programmers, to develop and enhance some of these capabilities to really change the world in a much better way than we’re able to today with classical computers.