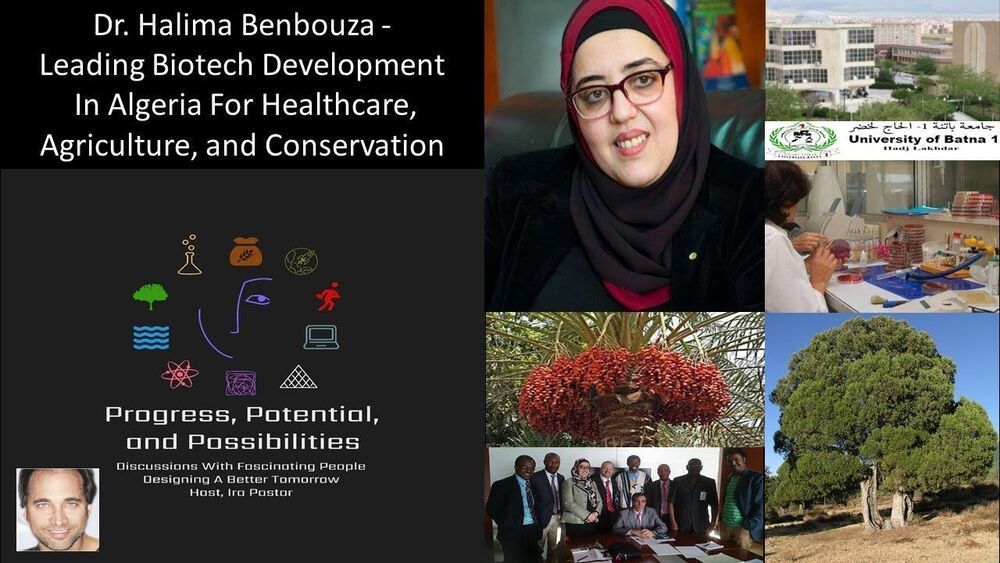 Dr. Halima Benbouza is an Algerian scientist in the field of agronomic sciences and biological engineering.

She received her doctorate in 2004 from the University Agro BioTech Gembloux, Belgium studying Plant Breeding and Genetics and was offered a postdoctoral position to work on a collaborative project with the Agricultural Research Service, United States Department of Agriculture in Stoneville, Mississippi.

Dr. Benbouza is Professor at Batna 1 University where she teaches graduate and postgraduate students in the Institute of Veterinary Medicine and Agronomy. She also supervises Master’s and PhD students.

In 2013, Dr. Benbouza was appointed by the Prime Minister as President of the steering committee of Algeria’s Biotech Pharma project. In 2014 she was honored by the US Embassy in Algiers as one of the “Women in Science Hall of Fame” for her research achievements and her outstanding contribution to promote research activities and advance science in her country.