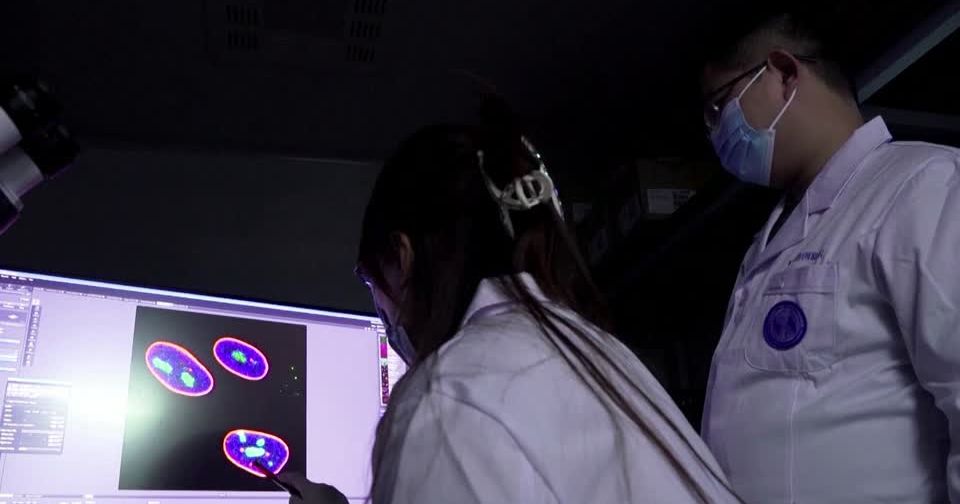 Scientists in Beijing may be one step closer to having the answer to living longer and reversing the effects of ageing. A group of biologists at the Chinese Academy of Sciences say they have developed a world-first new gene therapy and have been running tests on mice. It involved screening around 10000 genes in search of particularly strong drivers of cellular ageing. They identified 100 genes in that pool, but the one that really stood out was the kat7. They then inactivated that kat7 gene in the livers of mice, Professor Qu Jing explained some of their findings: “These mice show after six to eight months, they show overall improved appearance and grip strength and most importantly they have extended lifespan for about 25%.” Kat7 is one of tens of thousands of genes found in the cells of mammals. The scientists also tested the function of the gene in human stem cells, human liver cells and more. So far there have been no side effects of cellular toxicity. Despite this, the method still has a long way to go from being ready for human trials and will require a lot of funding and much more research. “In the end we do hope that we can find a way to delay ageing even by a very minor percentage we want to delay the human ageing in the future.” For now, there’s no final answer to cheating death, but the scientists plan on testing the function of kat7 in other cell types of humans and other organs of mice.