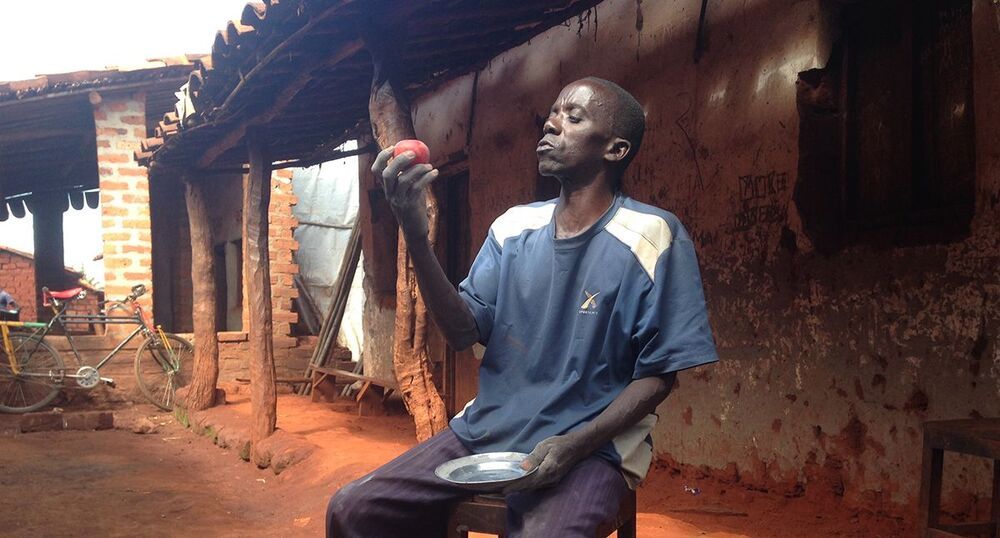 “He uses ash from a chimney, and sifts it three or four times to remove large residues, debris, and other foreign materials. Then, he dumps the ash into a paper carton and places the tomatoes in the carton. With this technique, Mr. Nduwimana manages to safely store his tomatoes for many months. He explains: “I keep my tomatoes in the ash for a period of five to six months, so I can sell them in December, January, or February when the price has risen—since tomatoes are rare and become expensive during this period.””

Vital Nduwimana hated how many tomatoes he lost every season. For years, his tomatoes started rotting just three or four days after harvest. He felt frustrated.

Mr. Nduwimana explains: “I was not able to sell all my tomatoes; I lost almost half of my production. Worse still, I would sell at a low price in the market. So in 2015, I thought that maybe I should find a tomato conservation technique.”