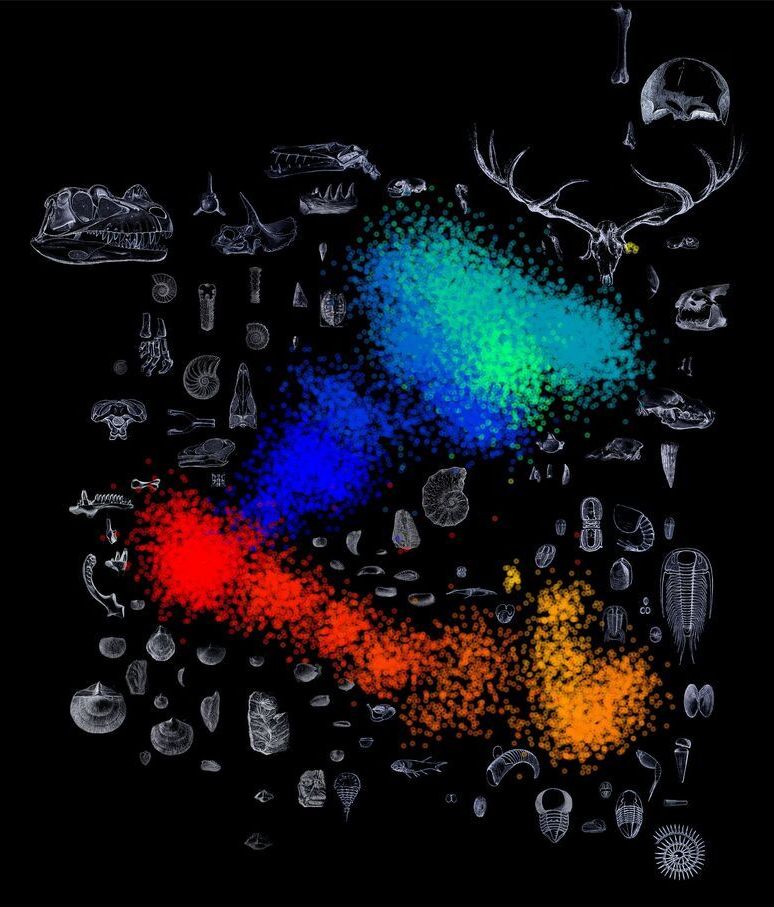 Charles Darwin’s landmark opus “On the Origin of the Species” ends with a beautiful summary of his theory of evolution: “There is a grandeur in this view of life, with its several powers, having been originally breathed into a few forms or into one; and that, whilst this planet has gone cycling on according to the fixed law of gravity, from so simple a beginning endless forms most beautiful and most wonderful have been, and are being, evolved.” In fact, scientists now know that most species that have ever existed are extinct.

This extinction of species has, on the whole, been roughly balanced by the origination of new ones over Earth’s history, with a few major temporary imbalances scientists call mass extinction events. Scientists have long believed that mass extinctions create productive periods of species evolution, or “radiations,” a model called “creative destruction.” A new study led by scientists affiliated with the Earth-Life Science Institute (ELSI) at Tokyo Institute of Technology used machine learning to examine the co-occurrence of fossil species and found that radiations and extinctions are rarely connected, and thus mass extinctions likely rarely cause radiations of a comparable scale.

Creative destruction is central to classic concepts of evolution. It seems clear that there are periods in which many species suddenly disappear, and many new species suddenly appear. However, radiations of a comparable scale to the mass extinctions, which this study, therefore, calls the mass radiations, have received far less analysis than extinction events. This study compared the impacts of both extinction and radiation across the period for which fossils are available, the so-called Phanerozoic Eon. The Phanerozoic (from the Greek meaning “apparent life”), represents the most recent ~ 550-million-year period of Earth’s total ~4.5 billion-year history, and is significant to palaeontologists: Before this period, most of the organisms that existed were microbes that didn’t easily form fossils, so the prior evolutionary record is hard to observe.