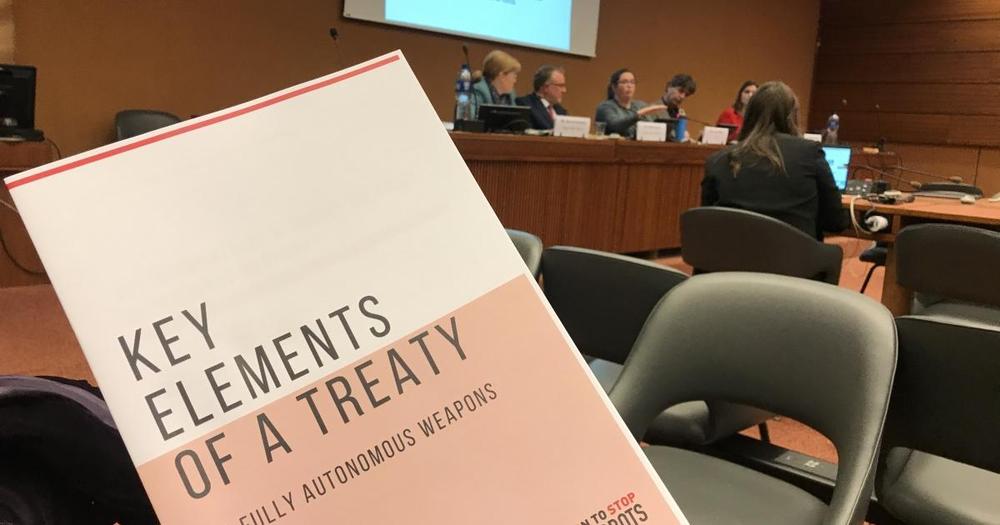 Major military powers are racing to embrace weapons that select and fire on targets without meaningful human control. This is raising the specter of immoral, unaccountable, largely uncontrollable weapon systems – killer robots. It is also driving fears of widespread proliferation and arms races leading to global and regional instability.

There is increasing recognition that it’s time to ring the alarm on these weapons systems. This month in Paris, United Nations Secretary-General Antonio Guterres called for a new international treaty to ban killer robots, stating that “machines that have the power and discretion to kill without human intervention are politically unacceptable and morally despicable.”

Yet at last week’s meeting of the Convention on Conventional Weapons (CCW) at the UN in Geneva, states made no progress towards launching negotiations on a treaty to ban or restrict such fully autonomous weapons. Instead, they agreed to spend the next two years developing a “normative and operational framework” to address concerns raised by such weapons systems.