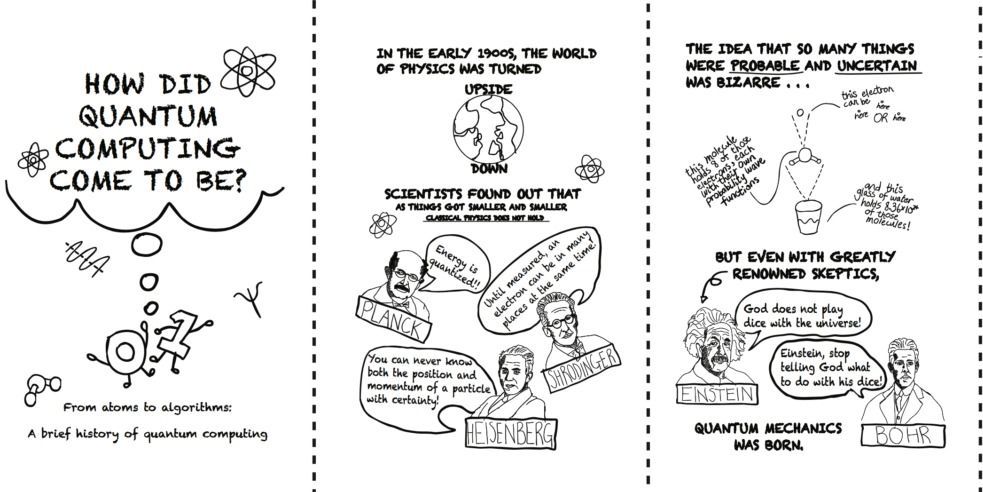 Still baffled by quantum computing? How about turning to comic books (graphic novels for the well-read among you) for some clarity and a little humor on QC. The National Science Foundation has done just as part of its EPiQC (Enabling Practical-scale Quantum Computing) program. So far eight Zines  have been created with more to come.

Comic books offer approachable ways to convey both humor and information. One might think that comic books would not be able to convey complex information like the ideas behind QC. In this case, one would be wrong, at least for one as creative as the University of Chicago s Diana Franklin, as part of the National Science Foundation (NSF) funded EPIQC Expedition in Computing,  wrote Mark Hill of the University of Wisconsin-Madison in a recent blog for Computing Community Consortium, run by NSF.

In particular, Diana and colleagues have developed eight, with more coming,  zines  that are comic-book-like pamphlets obtained by printing and folding a single sheet of paper. The topics include quantum notation, superposition, and history. In my humble opinion, these are great examples of the synergy possible with research and education done together. Enjoy! .