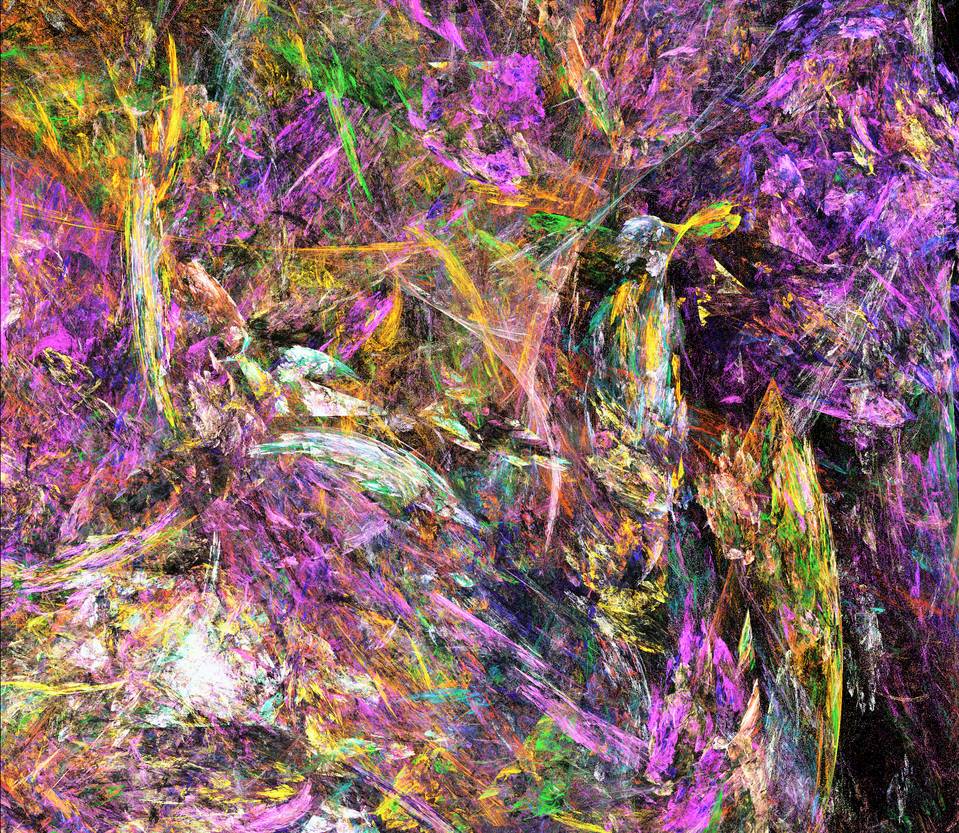 Finally the sisters left Percival alone to sleep, and though exhausted, he lay awake reflecting on his quest. He still had no definite sense of direction, so he prayed again for guidance, and finally trusting in the Lord to give him answer by whatever method He chose, he fell deeply asleep. He dreamt, an unusual dream in vivid color, in which he could hear water tricke and birds sing and feel the warmth of the sun on his face.

In his dream he saw an angel in a purple robe reclining against the rocks, a disturbing sight because the angel, with receding hairline and beard, wearing a white apron, held a angel figurine in a blue dress and its wings were plucked or flung out, drifting above his apron. Behind the angel was an unknown man’s shade, far to the angel’s right and above were some swords, point downwards, and to the angel’s right side, next to Percival, was a pile of jewels and crystal. The angel faced towards a cliff edge dropping off hundreds or thousands of feet, and just to the angel’s right was strung a narrow rope going past the rocks ahead, by which holding fast one might through bare toeholds and daring tenacity edge around the corner of the mountain to reach a safer ledge further on. From this line dangled a net with three fine scarves. The closest to the angel was orange, the next combined orange with green, and the third was green.

This scene flashed before his mind’s eye just long enough for him to absorb its details, and barely did he think to seek its meaning when a flash of movement caught his attention. From the suspended net, out flew a brilliantly colored bird, away from the angel and past the cliff in the direction the rope led. Like a bird of paradise, it had an orange body, green crest, and orange and green wings with a scissor-tail. A pure cascade of melodious trilling filled the morning air as it partook its free course, such that Percival felt its joy within his heart and being, and it warmed him with hope. He awoke with his heart still burning and understood through his spirit the dream, for its interpretation had also been given him and filled his mind with certainty and peace.