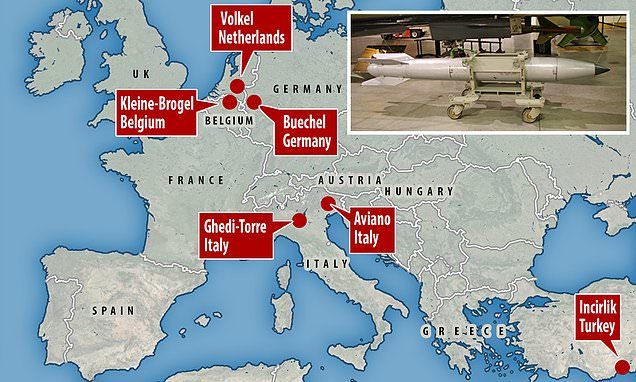 The secret locations of US nuclear weapons hidden in Europe have been revealed in a NATO document.

A draft report for the NATO parliamentary assembly’s defence and security committee seen by AFP gave details of six air bases in Europe and Turkey where it said the US stores 150 nuclear weapons, specifically B-61 gravity bombs.

The news comes amid fears of a new nuclear arms race in Europe, as a landmark Cold War treaty between Moscow and Washington is on the brink of collapse.