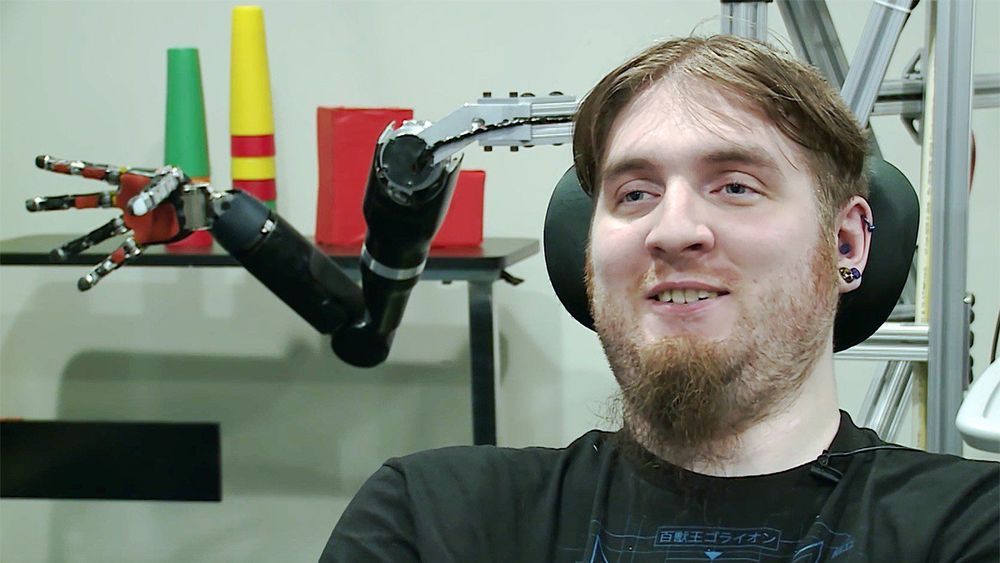 The three-hour event was part marketing spectacle and part dry technical explainer. Musk and his team members described the brain-machine interface design they’re betting on, which will employ dozens of thin wires to collect signals in the brain, and which they want to try out on paralyzed people soon, so they can type with their minds. Their eventual aim is to connect those wires to a thought transmitter which tucks behind your ear like a hearing aid.

Well, it’s pretty cool. It seemed like maybe it will work the way they want down the road, but it probably doesn’t work that way now. A couple of years ago, when I heard he was working with a neural interface, I said I would be there in a heartbeat. I was joking, but it’s interesting to think about what I am going to do when I get explanted. I am coming up on my five years. Then the FDA says my implants may have to come out. Neuralink talked about longevity of the implant and also a large number of electrodes. I always say I wish they had put more electrodes into me.

Basically, the more electrodes you have, the more neurons you record from, so I would imagine higher-degree tasks would be easier. I am limited to thinking about my right arm and hand. I thought it would be good to have more control. I always want to play more video games.

I was going to school at Penn State, Fayette, for nanofabrication, so I didn’t have a job, I was in school.