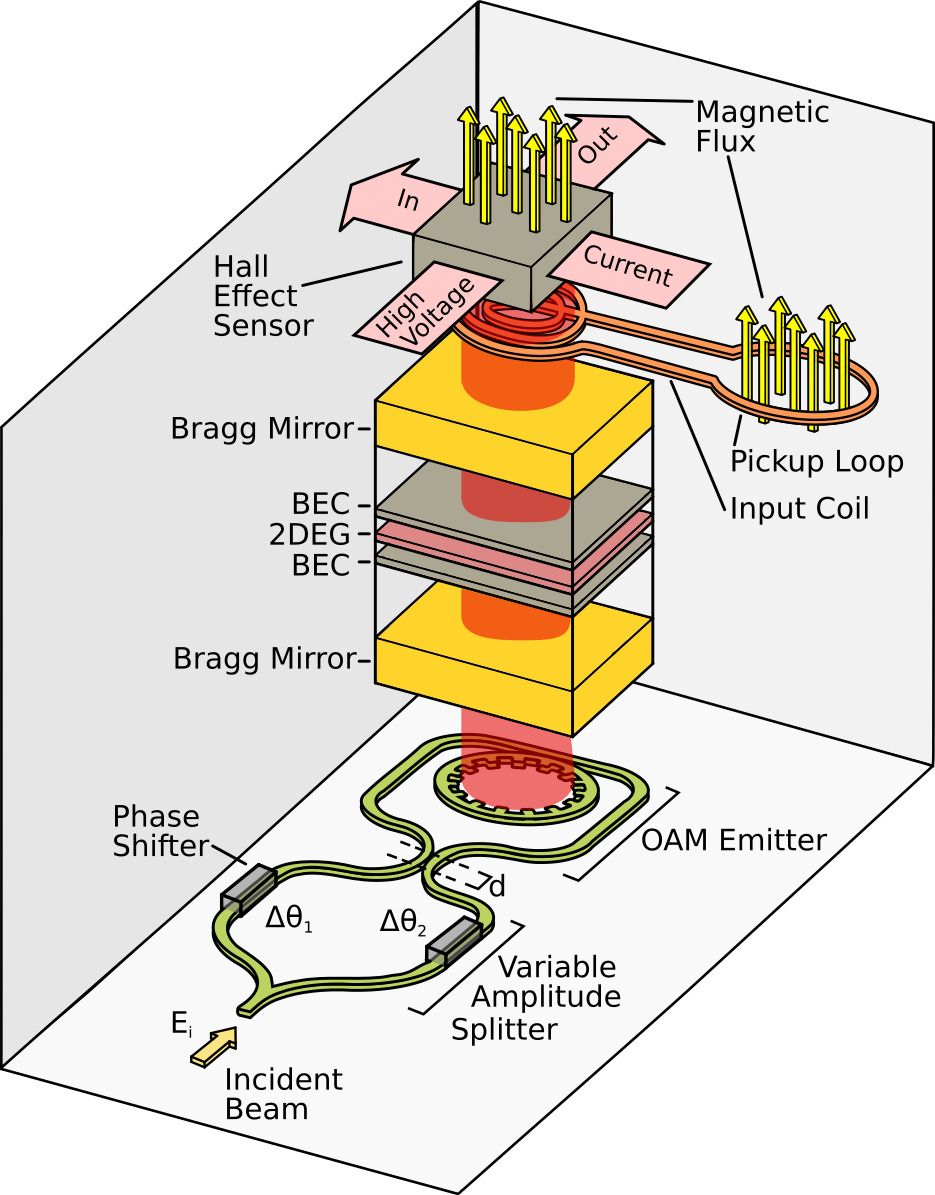 Atomic BECs were first achieved in 1995. Although it has become easier to realize atomic BECs since their discovery, they still require very low temperatures for operation. For most purposes, this is too expensive and impractical. Alternatively, negatively charged quatrons are quasi-particles composed of a hole and three electrons which form a stable BEC when coupled to light in triple quantum layer structures in semiconductor microcavities. This allows for both the greater experimental control found in quantum optics, and the benefits of matter wave systems, such as superconductivity and coherence. Moreover, due to the extremely small effective mass of the quasi-particles, quatrons can be used to achieve superconducting BECs at room temperature.

The Create the Future Design Contest was launched in 2002 by the publishers of NASA Tech Briefs magazine to help stimulate and reward engineering innovation. The annual event has attracted more than 8,000 product design ideas from engineers, entrepreneurs, and students worldwide.