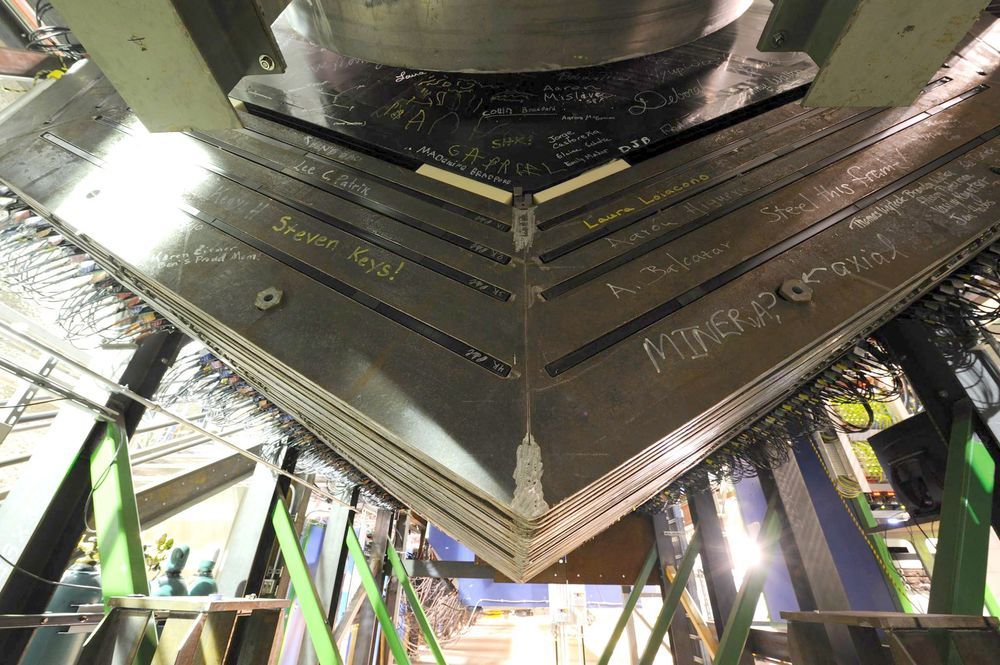 On March 14, 2012, MINERνA submitted a preprint demonstrating communication using neutrinos. Though not a part of the experiment’s physics program, this is the first reported instance of a message being transmitted by neutrinos. Scientists used ASCII code to represent the word “neutrino” as a series of 1s and 0s. Over a period of 6 minutes, this sequence was delivered by either the presence or absence of a neutrino pulse, over a distance of about a kilometer.

Underside of the front of the MINERνA neutrino detector in 2011. The names of experiment contributors are handwritten on the front of the detector. Main Injector Experiment for ƒË-A, or MINERνA, is a neutrino scattering experiment which uses the NuMI beamline at Fermilab. MINERνA seeks to measure low energy neutrino interactions both in support of neutrino oscillation experiments and also to study the strong dynamics of the nucleon and nucleus that affect these interactions.