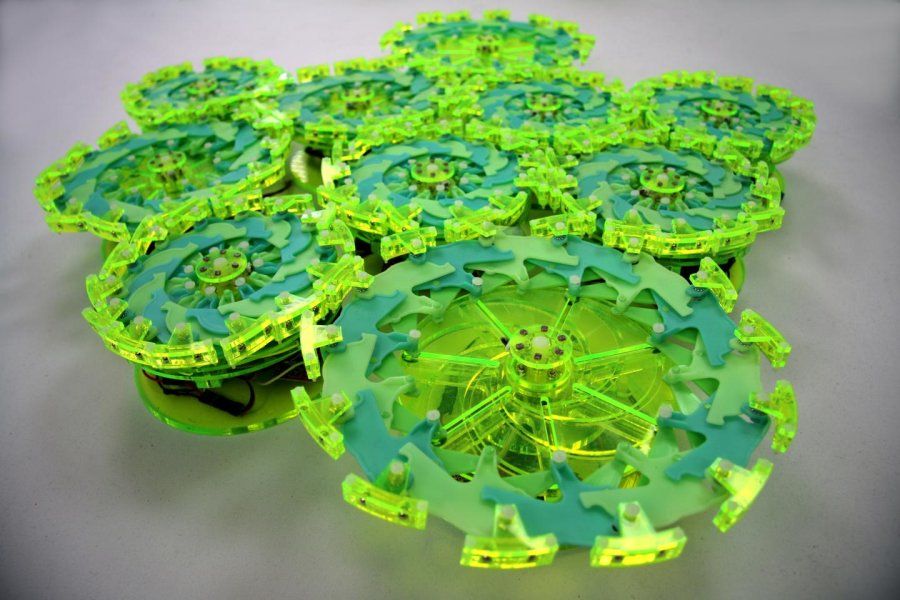 Up until now, the ability to make gray goo has been theoretical. However, the scientists at the Columbia University School of Engineering and Applied Science have made a significant breakthrough. The individual components are computationally simple but can exhibit complex behavior.

Current robots are usually self-contained entities made of interdependent subcomponents, each with a specific function. If one part fails, the robot stops working. In robotic swarms, each robot is an independently functioning machine.

In a new study published today in Nature, researchers at Columbia Engineering and MIT Computer Science & Artificial Intelligence Lab (CSAIL), demonstrate for the first time a way to make a robot composed of many loosely coupled components, or “particles.” Unlike swarm or modular robots, each component is simple, and has no individual address or identity. In their system, which the researchers call a “particle robot,” each particle can perform only uniform volumetric oscillations (slightly expanding and contracting), but cannot move independently.

The team, led by Hod Lipson, professor of mechanical engineering at Columbia Engineering, and CSAIL Director Daniela Rus, discovered that when they grouped thousands of these particles together in a “sticky” cluster and made them oscillate in reaction to a light source, the entire particle robot slowly began to move forward, towards the light.