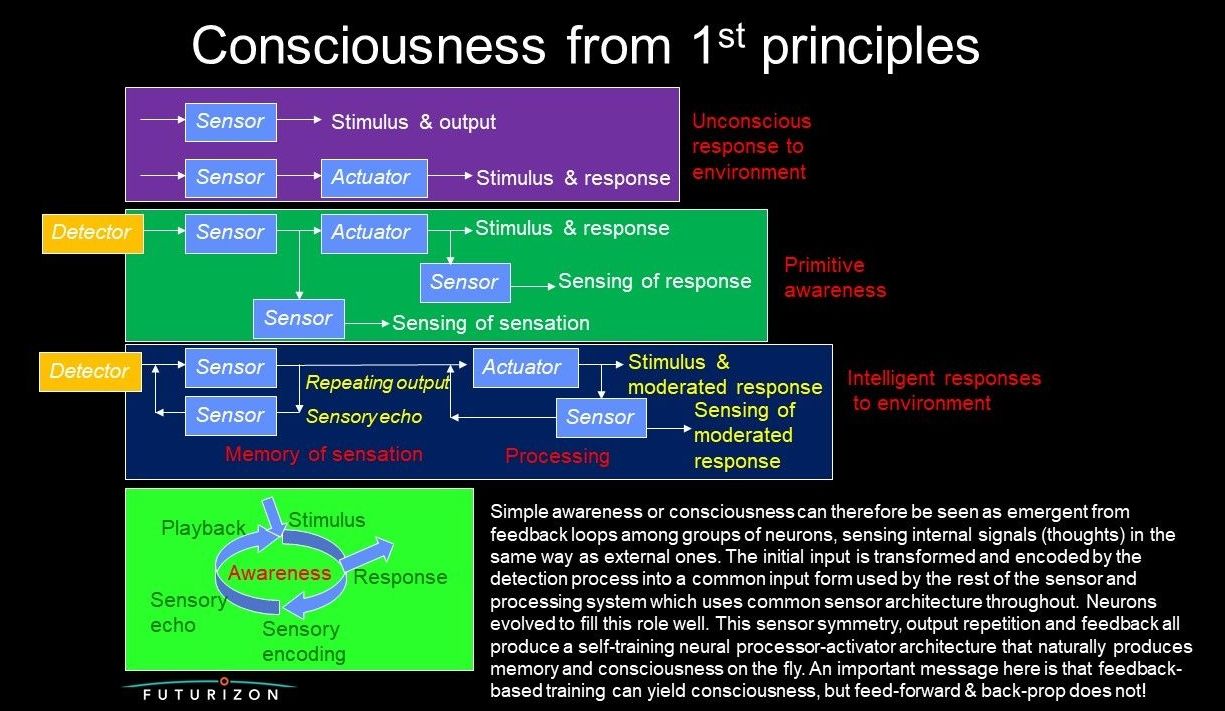 A diagrammatic explanation of how machine consciousness might be feasible.

About 20 years ago I gave my first talk on how to achieve consciousness in machines, at a World Future Society conference, and went on to discuss how we would co-evolve with machines. I’ve lectured on machine consciousness hundreds of times but never produced any clear slides that explain my ideas properly. I thought it was about time I did. My belief is that today’s deep neural networks using feed-forward processing with back propagation training can not become conscious. No digital algorithmic neural network can, even though they can certainly produce extremely good levels of artificial intelligence. By contrast, nature also uses neurons but does produce conscious machines such as humans easily. I think the key difference is not just that nature uses analog adaptive neural nets rather than digital processing (as I believe Hans Moravec first insighted, a view that I readily accepted) but also that nature uses large groups of these analog neurons that incorporate feedback loops that act both as a sort of short term memory and provide time to sense the sensing process as it happens, a mechanism that can explain consciousness. That feedback is critically important in the emergence of consciousness IMHO. I believe that if the neural network AI people stop barking up the barren back-prop tree and start climbing the feedback tree, we could have conscious machines in no time, but Moravec is still probably right that these need to be analog to enable true real-time processing as opposed to simulation of that.

I may be talking nonsense of course, but here are my thoughts, finally explained as simply and clearly as I can. These slides illustrate only the simplest forms of consciousness. Obviously our brains are highly complex and evolved many higher level architectures, control systems, complex senses and communication, but I think the basic foundations of biomimetic machine consciousness can be achieved as follows: 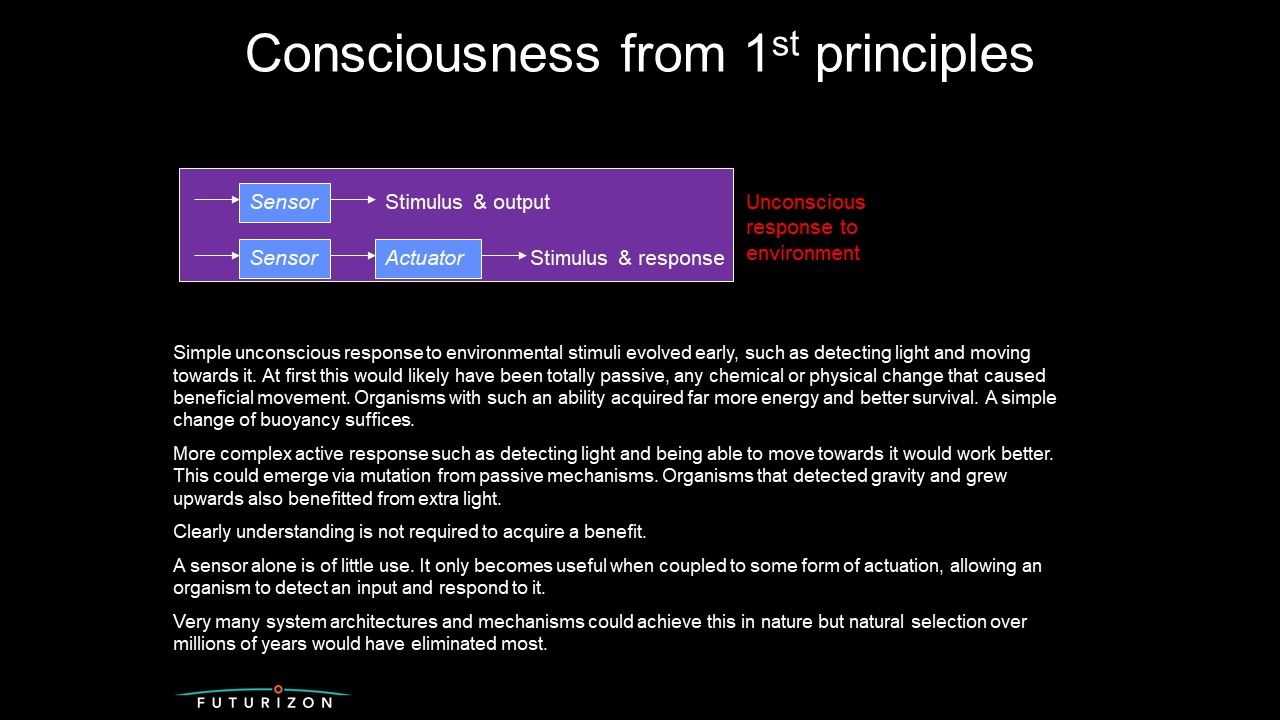