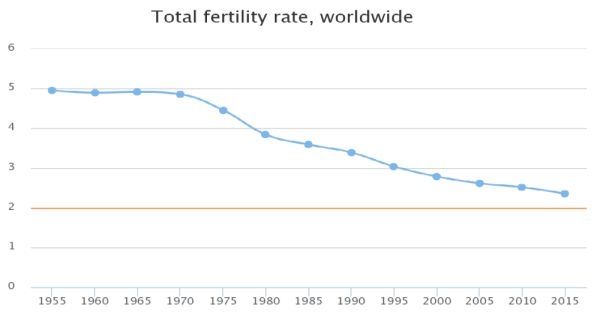 In earlier times, population growth was limited by the fact that the majority of children died before they were old enough to have children themselves. Illness and lack of resources has probably contributed greatly to the high childhood mortality. Today our technology is better, and so we are able to utilize the Earth’s resources more efficiently, and now, luckily, most people survive childhood. This has led to a population explosion. The greater number of people has led to faster technological progress, which is making room for still more people, and so on — a virtuous circle that helps to give human beings a better standard of living.