At Quora, I occasionally play, “Ask the expert”. Several hundred of my Quora answers are linked here. Today, I was asked “How much of Bitcoin’s value is driven by speculation”. This is my answer…

This is a great question! While the value of any commodity is determined by supply and demand, speculation is one component of demand. Another is the unique utility value inherent in a product or process. This is sometimes called ‘intrinsic value’.

Editor’s Note: In the past few weeks, a significant spike in Bitcoin’s value and trading volume relates to a pending regulatory decision expected at the end of next week. This activity is certainly driven by speculation. But for this article, I am considering periods in which the demands of individual events are less clear.

The value of Bitcoin is influenced by:

Here’s the rub: Bitcoin will not become a store of value unto itself (i.e. a currency), and it will not gain a significant fraction of the payment instrument market until the transaction volume of the first to user categories in the above list are overtaken by the the ones further down. Likewise, Bitcoin will not enter its biggest growth spurt until the last two items swamps the others as the largest motive for acceptance and use.

Put another way: Long term value must ultimately be driven by organic adoption from actual users (people who are buying and spending Bitcoin on other things. 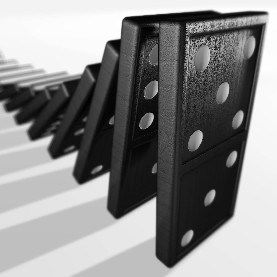 In another article, I expand on the sequence of events that must take place before Bitcoin grows into its potential. But make no mistake. These things will happen. In tribute to the brilliance of Satoshi, the dominoes are already falling.

In response to the question, I estimate that at the beginning of 2017, 85% of Bitcoin value is still driven by speculators. I have not analyzed wallet holding periods compared against the addresses of known vendors. Furthermore, it would be difficult to understand the relationship between the number of speculative transactions and the overall effect on value. Therefore, my figure is more of a WAG than an calculated estimate. But it’s an educated WAG.

The fraction of speculative transactions will drop significantly in the coming months—even as late speculators jump on board. That’s because uptake from consumers and businesses is already taking off. The series of reactions that lead toward ubiquitous, utilitarian applications has begun. Bitcoin’s value will ultimately be driven by use as a payment instrument and in commerce.

Because it is a pure supply-demand instrument, Bitcoin will eventually be recognized as currency itself. That is, it needn’t be backed by precious metal, pegged convertibility or a redemption promise. When that happens, you will no longer ask about 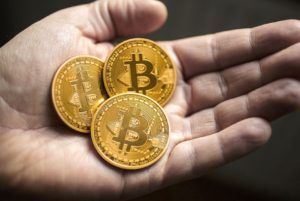 Bitcoin’s value. That would be a circular question, since its value will be intrinsic. Instead, you will wonder about the value of the US dollar, the Euro and the Yen.

As a growing fraction of groceries, gasoline and computers that you buy are quoted in BTC, you will begin to think of it as a rock, rather than a moving target. One day in the future, there will be a sudden spike or drop in the exchange rate with your national currency. At that time, you won’t ask “What happened to Bitcoin today? Why did it rise in value by 5% this morning?” Instead, you will wonder “What happened to the US dollar today? Why did it drop in value by 5%?”