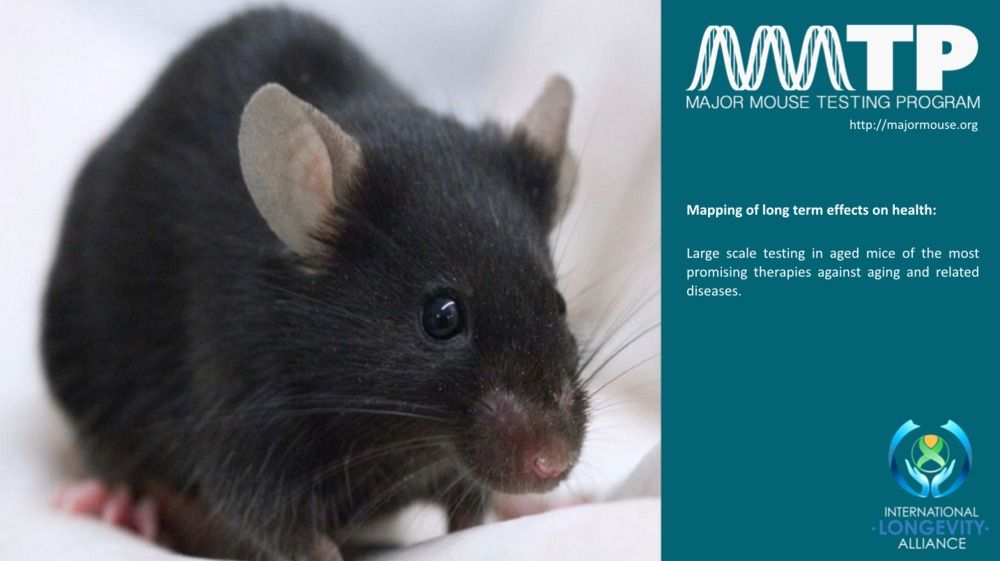 Innovative new project the MMTP aims to fast forward translation from lab to clinic with rapid, parallel mice testing. We caught up with Steve Hill and Elena Milova from the MMTP team to discuss the program and why being pro-actively involved with longevity advocacy is so important.

What’s the gap in the market you’re aiming to fill and the major motivation behind the MMTP?

Steve – The bridge between basic research and taking it to clinical trials. People like The SENS Foundation are spinning a lot of plates doing the high risk, nitty gritty research that isn’t profitable, but crowdfunding can get that done. We want to create a solid gold standard testing platform without the restrictions of government, where any team can come to us for parallel testing and halve development time. The problem with animal testing is there’s this disconnect; it’s not sexy science basically. A common response is let me know when it’s available in humans, but it’s not going to be! No animal data means no human testing, organizations like the FDA, NHS and EMA all insist on a battery of animal testing before human trials. Period. It’s not sexy, it’s not available in humans next week, but if MMTP or other projects don’t get things done on mice for example, it’s never going to get done. It doesn’t matter if one theory turns out to be wrong, let’s get stuck in and find out!