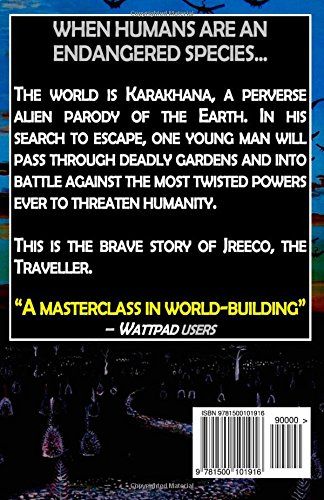 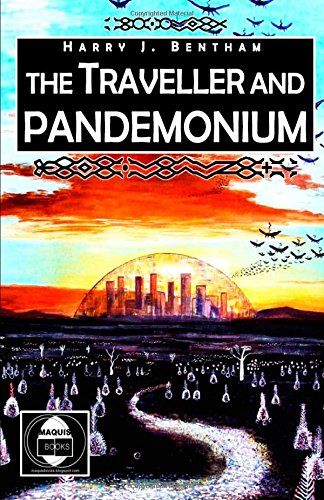 Literature has served an indispensable purpose in exploring ethical and political themes. This remains true of sci-fi and fantasy, even if there is such a thing as reading too much politics into fictional work or over-analyzing.


Since Maquis Books published The Traveller and Pandemonium, a novel authored by me from 2011–2014, I have been responding as insightfully as possible to reviews and also discussing the book’s political and philosophical themes wherever I can. Set in a fictional alien world, much of this book’s 24 chapters are politically themed on the all too real human weakness of infighting and resorting to hardline, extremist and even messianic plans when faced with a desperate situation.

The story tells about human cultures battling to survive in a deadly alien ecosystem. There the human race, rather than keeping animals in cages, must keep their own habitats in cages as protection from the world outside. The human characters of the story live out a primitive existence not typical of science-fiction, mainly aiming at their own survival. Technological progress is nonexistent, as all human efforts have been redirected to self-defense against the threat of the alien predators.

Even though The Traveller and Pandemonium depicts humanity facing a common alien foe, the various struggling human factions still fail to cooperate. In fact, they turn ever more hostilely on each other even as the alien planet’s predators continue to close in on the last remaining human states. At the time the story is set, the human civilization on the planet is facing imminent extinction from its own infighting and extremism, as well as the aggressive native plant and animal life of the planet.

The more sinister of the factions, known as the Cult, preaches the pseudo-religious doctrine that survival on the alien world will only be possible through infusions of alien hormones and the rehabilitation of humanity to coexist with the creatures of the planet at a biological level. However, there are censored side effects of the infusions that factor into the plot, and the Cult is known for its murderous opposition to anyone who opposes its vision.

The only alternative seems to be a second faction, but it is equally violent, and comes under the leadership of an organization who call themselves the Inquisitors. In their doctrine, humans must continue to isolate themselves from the alien life of the planet, but this should extend to exterminating the alien life and the aforementioned Cult that advocates humans transmuting themselves to live safely on the planet.

I believe that this aspect of the story, a battle between two militant philosophies, serves well to capture the kind of tension and violent irrationality that can engulf humanity in the face of existential risks. There is no reason to believe that hypothetical existential risks to humanity such as a deadly asteroid impact, an extraterrestrial threat, runaway global warming, alien contact or a devastating virus would unite the planet, and there is every reason to believe that it would divide the planet. It is often the case that the more argument there is for authority and submission to a grand plan in order to survive, the greater the differences of opinion and the greater the potential for divergence and conflict.

Social habits, politics, beliefs and even the cultural trappings of the different human cultures clinging to the alien planet are fully represented in the book. In all, the story has had significant time and care put into refining it to create a compelling and believable depiction of life in an inhospitable parallel world, and readers remarked in reviews that it is a “masterclass in world-building”.

The central character of the story, nicknamed the Traveler, together with his companion, do not really subscribe to either of the extremist philosophies battling over humanity’s fate on the alien planet, but their ideas may be equally strange. Instead, they reject the alien world in which they live. With an almost religious naïveté, they are searching for a “better place”. It is through this part of the plot that the concepts of religious faith and hope are visited. Of course, at all times the reader knows they are right – there is a “better place” only not the religious kind. Ultimately, the quest is for Earth, although the characters have never heard of such a place and have only inferred that it might somehow exist and represent an escape from the hostile planet where they were born.

Reviewers have acknowledged that by inverting the relationship of humanity and nature so that nature is on the advance and humans are receding and diminishing in the setting of this science-fiction novel, a unique and compelling setting is created. I believe the story offers my best exploration of a number of political and ethical themes, such as how people feel pressured to choose between hardline factions in times of extreme desperation and in the face of existential threats. Science fiction is a worthy medium in which to express and explore not only the future, but some of the most troubling political and philosophical scenarios that have plagued humanity’s past.