I am happy to inform you that I just published a book which deals at length with our cosmological future. I made a short book trailer introducing it, and the book has been mentioned in the Huffington Post and H+ Magazine. 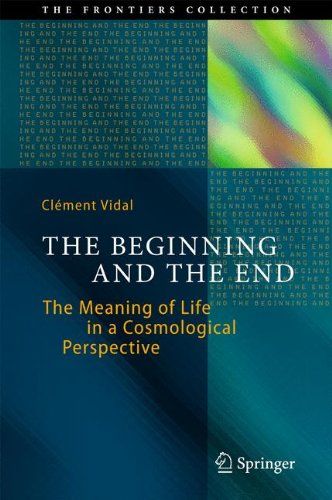 About the book:
In this fascinating journey to the edge of science, Vidal takes on big philosophical questions: Does our universe have a beginning and an end, or is it cyclic? Are we alone in the universe? What is the role of intelligent life, if any, in cosmic evolution? Grounded in science and committed to philosophical rigor, this book presents an evolutionary worldview where the rise of intelligent life is not an accident, but may well be the key to unlocking the universe’s deepest mysteries. Vidal shows how the fine-tuning controversy can be advanced with computer simulations. He also explores whether natural or artificial selection could hold on a cosmic scale. In perhaps his boldest hypothesis, he argues that signs of advanced extraterrestrial civilizations are already present in our astrophysical data. His conclusions invite us to see the meaning of life, evolution, and intelligence from a novel cosmological framework that should stir debate for years to come.
About the author:
Dr. Clément Vidal is a philosopher with a background in logic and cognitive sciences. He is co-director of the ‘Evo Devo Universe’ community and founder of the ‘High Energy Astrobiology’ prize. To satisfy his intellectual curiosity when facing the big questions, he brings together many areas of knowledge such as cosmology, physics, astrobiology, complexity science, evolutionary theory and philosophy of science.
http://clement.vidal.philosophons.com