The Future of Management Wargaming, Now! By Mr. Andres Agostini 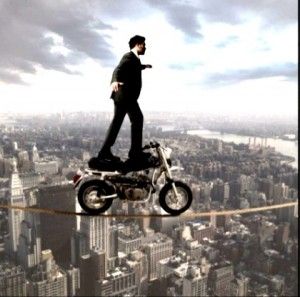 This is an excerpt from the conclusion section of, “…The Future of Management Wargaming , Now…!” that discusses some management theories and practices. To read the entire piece, just click the link at the end of article:

In addition to being aware and adaptable and resilient before the driving forces reshaping the current present and the as-of-now future, there are some extra management suggestions that I concurrently practice:

c) “…beginning with the amount of knowledge in the known world at the time of Christ, studies have estimated that the first doubling of that knowledge took place about 1700 A.D. the second doubling occurred around the year 1900. it is estimated today that the world’s knowledge base will double again by 2010 and again after that by 2013…”

d) “…knowledge is doubling by every fourteen months…”

f) “…The flattening of the world is going to be hugely disruptive to both traditional and developed societies. The weak will fall further behind faster. The traditional will feel the force of modernization much more profoundly. The new will get turned into old quicker. The developed will be challenged by the underdeveloped much more profoundly. I worry, because so much political stability is built on economic stability, and economic stability is not going to be a feature of the flat world. Add it all up and you can see that the disruptions and going to come faster and harder. No one is immune ─ not me, not you, not Microsoft. WE ARE ENTERING AN ERA OF CREATIVE DESTRUCTION ON STEROIDS. Dealing with flatism is going to be a challenge of a whole new dimension even if your country has a strategy. But if you don’t have a strategy at all, well, again, you’ve warned…” 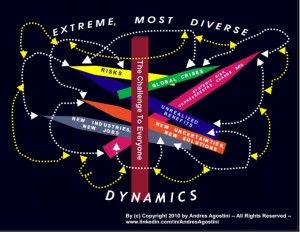