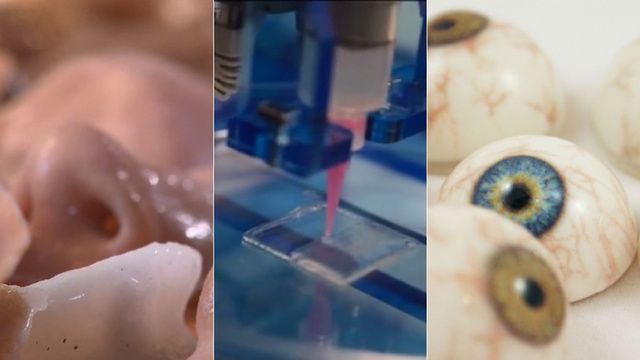 At the dawn of rapid prototyping, a common predication was that 3D printing would transform manufacturing, spurring a consumer revolution that would put a printer in every home. That hasn’t quite happened—-and like so many emerging technologies, rapid prototyping has found its foothold in a surprisingly different field: Medicine.

The following studies and projects represent some of the most fascinating examples of “bioprinting,” or using a computer-controlled machine to assemble biological matter using organic inks and super-tough thermoplastics. They range from reconstructing major sections of skull to printing scaffolding upon which stem cells can grow into new bones. More below—and look out for more 3D printing week content over the next few days.