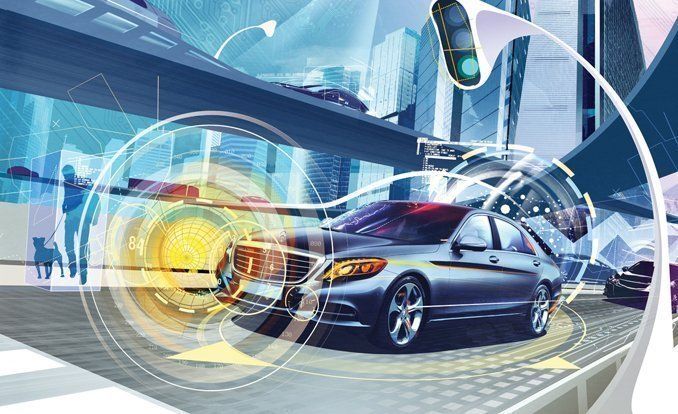 Thousands of people die every year due to drunk driving. It’s a statistic that’s both appalling and frightening. We all like to party, but then when the party’s over, many still refuse to recognize the danger they not only put themselves in, but others as well when they choose to drive while mentally impaired. Thankfully a lot of potential situations are averted every year as well due to taxi services, or even friends willing to drive them home.

Another good example is the Mercedes-Benz, which has driving sensors attached to its braking system. If any object in front gets too close, then the brakes kick in automatically, preventing any accident from occurring. Too many fatalities occur due to simple, brief loss of eye contact to the road.

So Mercedes-Benz’s braking sensors represent a revolutionary means of saving thousands of lives every year, just as Tesla provides a revolutionary approach towards alleviating car theft.

And what makes them so damn revolutionary? They create a real relationship between the car and its owner — to not just provide transportation for them, but to actually recognize them and protect them when they’re incapable of doing so themselves.

So imagine with me: It’s 2018 and you’re at a party. A lot of drinking and drugs. You realize it’s already early morning and it’s time to go home and get some rest. So you call for an automated vehicle using Uber’s transportation services. The vehicle arrives 10 minutes later. It recognizes via its sensors the debit card in your wallet used to pay for its transportation services and lets you in the vehicle. You try starting the car yourself, but the car doesn’t let you. Instead it alarms you of your blood alcohol content and tells you that it cannot allow you to drive yourself while intoxicated. Given its automated system, it drives you home itself.

Is this not the type of transportation system we’d want as a society keen on safety above all else? I’d surely hope so, because this isn’t just some mere science-fiction tale. It’s a science-fact in the making, which can be seen every year as our cars get smarter and more integrated with our own personal needs and desires. We’ll never be alone — always watched and observed. That may sound scary, but when compared to hundreds of thousands of people dying every year due to car accidents, I find the above prospect of an automobile-sensor revolution to be “heaven on Earth.”

The article above was originally published as a blog post on The Proactionary Transhumanist.