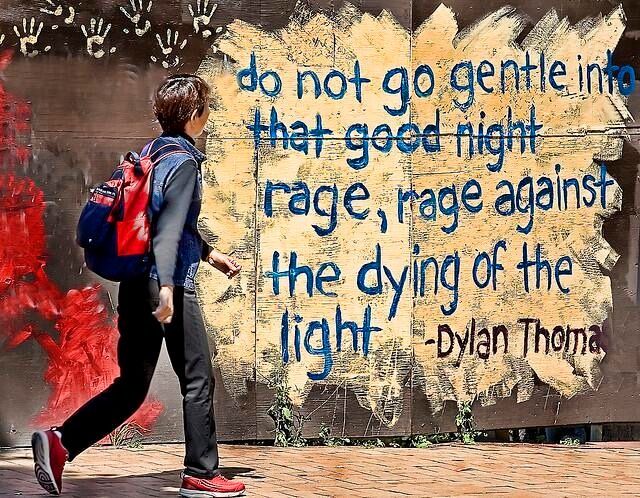 Whenever I talk about indefinite life extension, the science and tech behind its development, and the desire for individuals to have the ultimate choice of when and how long they wish to live and die, the radical left almost always resorts to the argument, “Yeah, that sounds great, but then the rich aren’t going to provide it for the 99%. They’ll only keep it for themselves and let us die off.” How is this not equivalent to the conspiracy theory that the 1% are withholding the cure for cancer to the general populace?

It’s a bullshit viewpoint, in my opinion. Yes, the 1% are greedy fucks who care more about profits than anything else, but then, I ask you, how do they expect to earn profits from an extinct species?

While you’re trying to figure out an answer for that, I also find the idea that nothing would result from this kind of oppression to be asinine. Why? Here’s a good example: Black Friday. Every year Black Friday customers gather in the hundreds and thousands in each city, literally rioting, fighting, and killing people, just so they can get their hands on consumer products that’ll be outdated by next year. So if the cure for aging is being withheld from the masses, what the fuck do you think the masses are going to do? Just go home and sob? Ha! There’d be warfare on the streets the next morning.

The article above was originally published as a blog post on The Proactionary Transhumanist.