﻿Concerns arose recently about the concept of so-called “catchment areas”, evolutionary developments that result in a very tight interdependence between requirements for survival and behavioral drives. In particular, the concern has been raised that such catchment might render any significant modification of the human mind, such as through brain enhancement, impossible (Suzanne Gildert, “Pavlov’s AI: What do superintelligences REALLY want?”, [email protected], 2010).

Why does that describe a catchment area, a type of prison of behavior? It is assumed that the distribution of behaviors that have enabled long-term survival is a narrow one with little real variance. Stray too far from the norm and your behaviors become counter-productive to survival. Worst of all, if you recognize your enslavement to those single-purpose drives and reward mechanisms, if you realize that they have no meaning beyond a survival that itself links to no universal purpose, then you risk embarking upon a nihilistic course that would likely end in your extermination or self-termination.

How risky is modifying reward mechanisms?

If the catchment problem is real, and if it indeed implies that we live in a precarious balance of behavioral drives that keep us alive, then any modification brings with it the risk that we tip the balance. One significant change, or a series of changes could push us into a condition where our mental reward system is no longer aligned with requirements for survival. One form of this problem has been popularized as “wire-heading” (Larry Niven, Known Space & Ringworld novels, 1970–1996), where an individual exists in a short-circuited reward-loop, living only to repeatedly and directly deliver reward stimulus to herself. 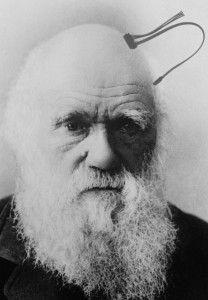 There are of course numerous possible critiques of the catchment hypothesis, which bears a heavy burden of proof. There is plenty of evidence that evolution is not an actual optimizer. If the process of natural selection is not an optimizer, then why should we assume that we exist in a delicately optimized state? We may also consider changes in our mental experience in the recent past. For example, humans generally live longer now than they did previously, so that the extended experience itself is a novel condition for human mental function, and brings with it different survival challenges to which behavior needs to be adapted. And, while we share many behavioral traits as a species, there are clearly differences in behavior between individuals, most of whom appear to function and survive. In fact, some behaviors do not seem at all optimal for survival, such as extreme sports. Those critiques do not mean that the notion of catchment areas is wrong, but they demonstrate that we must take care before drawing extreme conclusions in the matter.

If we represent behavioral traits as variables in a multi-dimensional landscape, and the survival suitability of combinations of traits as elevation in that landscape, does the landscape look like a Himalayan mountain ridge with sharp peaks, steep cliffs and deep valleys? Or does it look more like a rolling vista of hills, or perhaps even a concatenation of several contiguous high-altitude plateaus? If we do not know what this landscape looks like, then it is extremely difficult to make informed statements about the results that we should expect when reward mechanisms and consequent behaviors are modified.

Can we modify while specifying conditions for survival?

Is there anything about past developments that we might use as a guide, to tell us if modifications of reward mechanisms and behaviors are survivable, and how that might work? I believe there is. I think the process is unavoidable, as it is a result of selection among differences. Darwin got us here, and he can get us out too.

Let us assume that modifying our reward mechanisms can result in personal destruction. That is not a fanciful assumption. We need only look at the worst-case scenarios in cases of addiction to see relevant examples. Similarly, we may observe that suicide is such a case, unless it is a sacrifice that serves the greater purpose of tribe or species survival.

Do all modifications lead to destruction? That seems highly unlikely, given that humans have not existed forever. There have been ancestors who probably had different brains and at least somewhat different drives and reward mechanisms. The further back you look, the more different and strange those drives and mechanisms may seem, since the species involved will have had somewhat different challenges and requirements for survival.

If there was a way that led from there to what we are now through natural selection, then why should we assume that this is the terminal state? It seems reasonable to assume that if we carried out a large number of experiments in which we modified our brains and their underlying drives and reward mechanisms to some degree, some of those experiments would not result in catastrophe. There would still be a selection process. The question is not whether there exist ways to achieve brain enhancement. Rather, we should seek out the best process. We should determine how to carry out intelligent experimentation that minimizes that rate of failure and maximizes the rate of success.