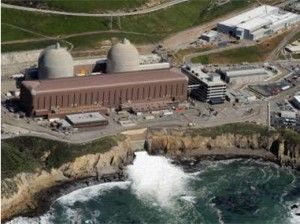 If nothing else, Japan’s recent tragedy has brought the risk of current nuclear power plants back into focus. While it’s far to early to tell just how grave the Fukushima situation truly is, it is obvious that our best laid plans are inadequate as they relate to engineering facilities to withstand cataclysmic scale events.

Few places on the globe are as well prepared as Japan for earthquakes and the possibility of subsequent tsunamis. However, in spite of their preparedness — which was evidenced by the remarkably small number of casualties given the nature of the events that took place (can you imagine how many people would have perished had this same disaster struck somewhere else in the world?) — Japan’s ability to manage a damaged nuclear power plant was severely compromised.

As frightening as Japan’s situation is, what ought to frighten us even more is that there are many more nuclear power plants in equally vulnerable locations all over the globe. In California, for example, both the San Onofre and Diablo Canyon facilities are right on the coast (they both use ocean water for cooling) and the Diablo Canyon facility in particular is perilously close to a major fault.

Given what we’ve seen in Japan, the widely varying degrees of preparedness around the world, the age of many of the existing power plants and the consequences for even a single catastrophic containment failure, shouldn’t we be taking a long, hard look at nuclear power as a viable means of providing energy for the planet? Have we learned so little from Three Mile Island, Chernobyl, and now Fukushima? Just how capable are we [really] of dealing with a second, a third or a fourth disaster of this type? (and what if they were to happen simultaneously?) With so many existential risks completely beyond our control, does it make sense to add another one when there are other, lower risk alternatives to nuclear energy within our reach?

Below is a Pearltree documenting the situation and management of the damaged Fukushima reactors. Obviously, the news is grave, but imagine if this same situation had transpired in Chile.

NOTE: to see the contents of any of the links in this pearltree, just mouse-over the pearl. To see the whole page, simply click it.