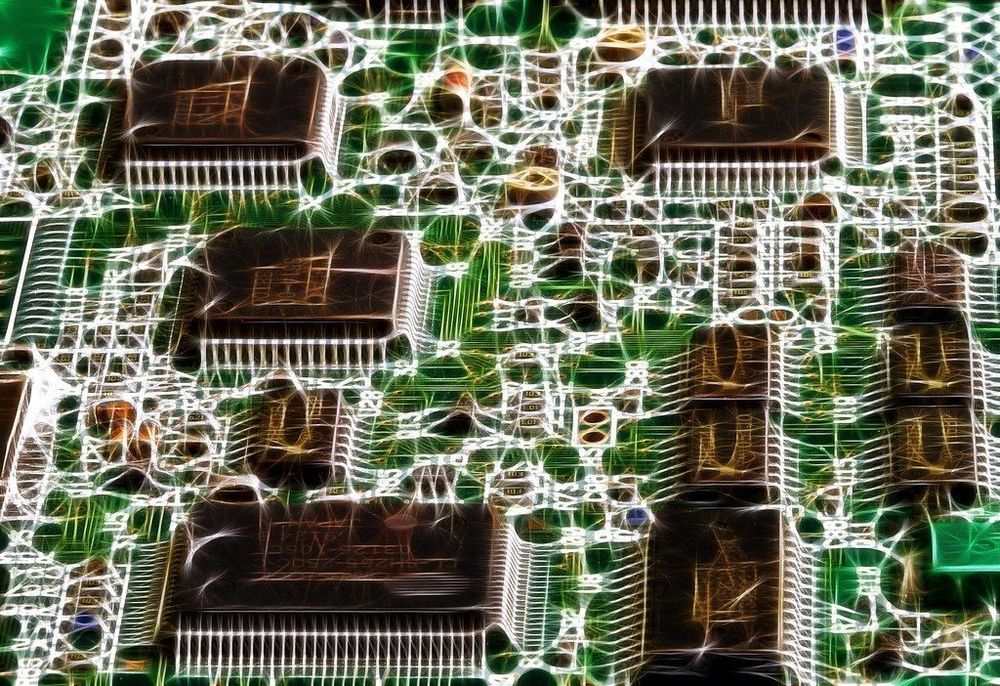 “If we don’t study the mistakes of the future, we’re doomed to repeat them the first time :(” — Ken M, comedian.

[Editor’s Note: Today’s blog post is an excerpt from Mr. Robert J. Hranek’s short story entitled “Angry Engineer,” submitted to the 2019 Mad Scientist Science Fiction Writing Contest. The underlying premise of this contest was that, following months of strained relations and covert hostility with its neighbor Otso, Donovia launched offensive combat operations against Otso on 17 March 2030. Donovia is a wealthy nation that is a near-peer strategic competitor of the United States. The U.S. is a close ally of Otso and is compelled to intervene due to treaty obligations and historical ties. Among the many future innovations addressed in his short story, Mr. Hranek includes a “pre-mortem” in the form of two dozen lessons learned, identifying potential “mistakes of the future” regarding the Battle for Otso, so that we’re not “doomed to repeat them the first time!” Enjoy!]

The U.S. responded to Donovia’s invasion of Otso by initiating combat operations against the aggressors on 1 April 2030 — April Fools’ Day. Thousands of combatants died on both sides, mostly on ships; hundreds more were wounded, primarily from the land battle, and an unverifiable number of casualties occurred worldwide due to the sabotage of power grids and other infrastructure. An accurate civilian count was impossible in the chaos of reestablishing power, computer, and financial systems worldwide. 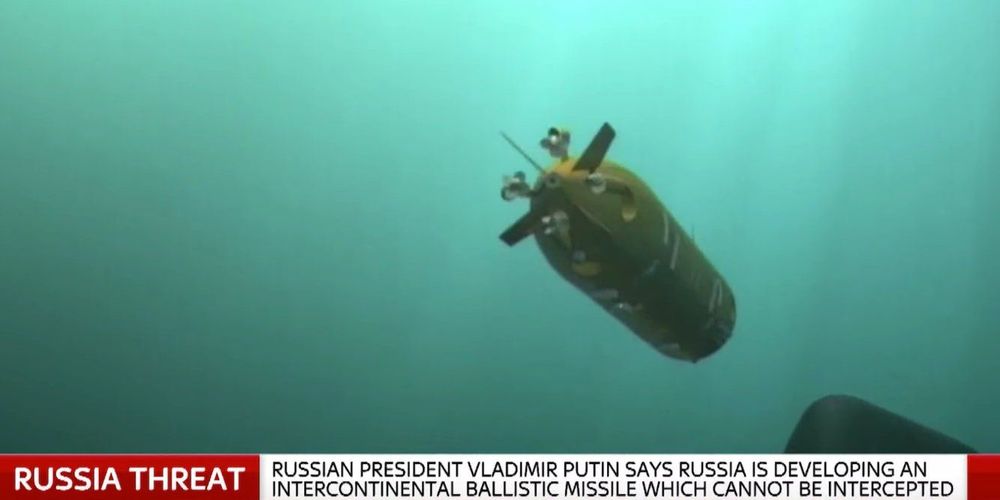 With the dropping of the INF treaty, Putin and Trump have brought the dangers of nuclear war back into a more realistic possibility. I’m not posting this to engage in a political discussion but nuclear war is definitely a lifeboat type of issue.

Russia’s military and state-sponsored media have reacted with a fire and fury of their own to the news that the US will exit the Intermediate Nuclear Forces treaties, one of the last barriers to a full-on Cold War-like arms race in Europe — and there’s already talk of a nuclear doomsday device visiting the US.

The INF treaty banned land-based nuclear capable missiles with a range between 300 and 3,200 miles in 1987 when Russia and the US had populated much of Europe with intermediate-ranged nuclear missiles. The ban eliminated this entire class of missiles and went down as one of the most successful acts of arms control ever.

The US and all of NATO concluded recently that Russia had spent years developing a banned nuclear-capable weapon, thereby making the treaty meaningless. The US responded by saying it would withdraw and design its own treaty-busting missiles. Russia said it would do the same, though many suspect they already have the missiles built. 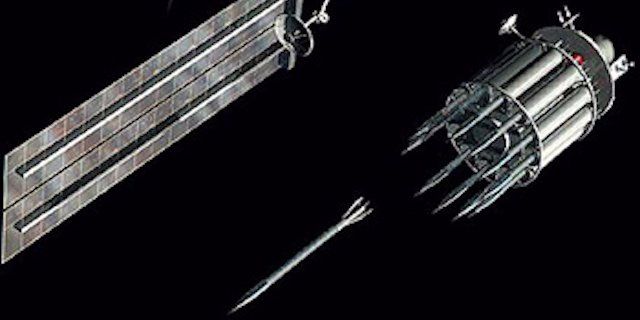 The 107-country Outer Space Treaty signed in 1967 prohibits nuclear, biological, or chemical weapons from being placed in or used from Earth’s orbit.

What they didn’t count on was the US Air Force’s most simple weapon ever: a tungsten rod that could hit a city with the explosive power of an intercontinental ballistic missile.

During the Vietnam War, the US used what it called “Lazy Dog” bombs. These were simply solid-steel pieces, less than 2 inches long, fitted with fins. 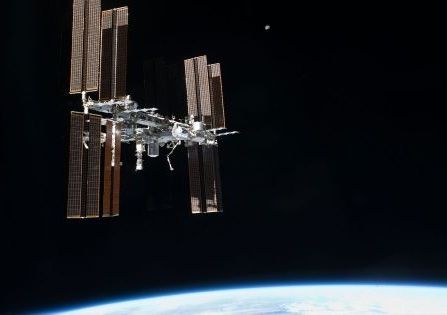 Jack Beard, a professor in the University of Nebraska College of Law’s Space, Cyber and Telecommunications Law Program, told Politico that the Woomera Manual on the International Law of Military Space Operations “will become the definitive document on military and security law as it applies to space.”

The Woomera Manual won’t actually lay out any new guidelines. Instead it will organize and present the laws that are already on the books so that politicians, industry leaders, and others can make better informed decisions regarding activity in space.

Given the fact that the Outer Space Treaty, which banned military actions in outer space, has all but been tossed aside, it’s unclear how much they’ll actually listen. 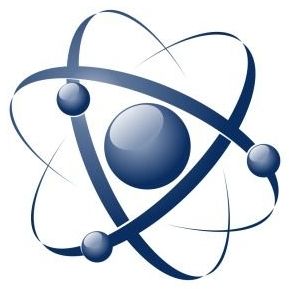 Ha…which would be the bigger challenge? 🤔.

The growing mistrust and hostility towards global intuitions must be overcome if the world is to successfully tackle the environmental challenges it faces, the head of the University of Sussex’s global sustainability research centre has warned.

Professor Joseph Alcamo, Director of the Sussex Sustainability Research Programme (SSRP), said high-quality research and closer engagement with citizens around the world was needed to overcome the growing zeitgeist that viewed organisations such as the UN as meddling amid a geopolitical backdrop of cancelled treaties, neglected obligations and frozen negotiations.

Delivering his keynote speech at the 2018 Utrecht Conference on Earth System Governance this morning, Prof Alcamo said: To many people earth system governance is not beautiful, it is worrisome, it means loss of control over their lives, and this mistrust is a big part of the national retrenchment going on. 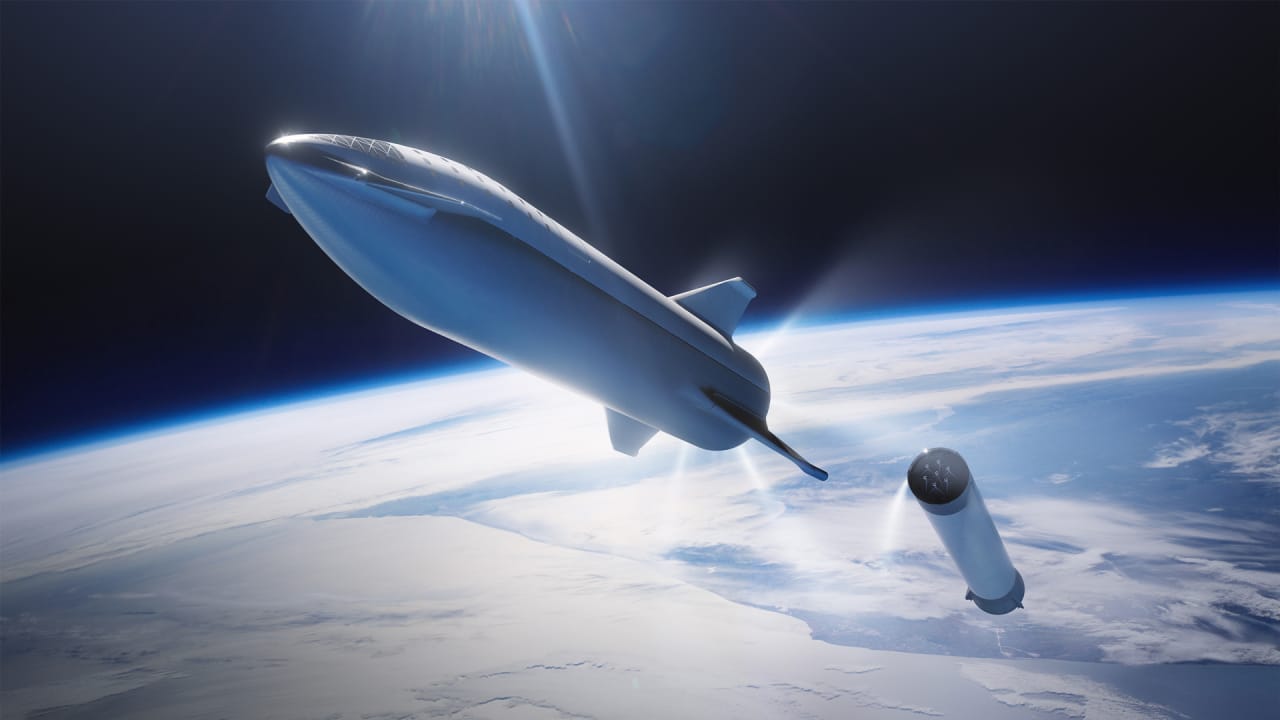 This week, the UN begins a conference to start the long-overdue discussion on updating the 1967 Outer Space Treaty for a cosmos that has gotten a lot more complicated. 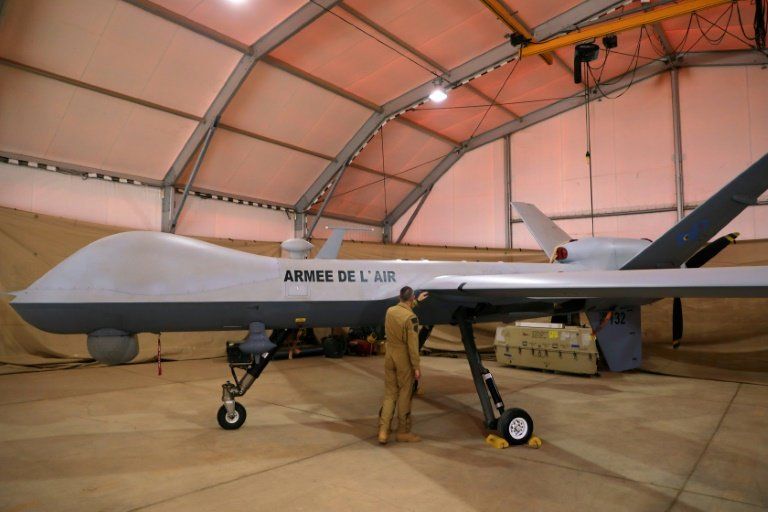 Countries should quickly agree a treaty banning the use of so-called killer robots “before it is too late”, activists said Monday as talks on the issue resumed at the UN.

They say time is running out before weapons are deployed that use lethal force without a human making the final kill-order and have criticised the UN body hosting the talks—the Convention of Certain Conventional Weapons (CCW)—for moving too slowly.

“Killer robots are no longer the stuff of science fiction,” Rasha Abdul Rahim, Amnesty International’s advisor on artificial intelligence and human rights, said in a statement. 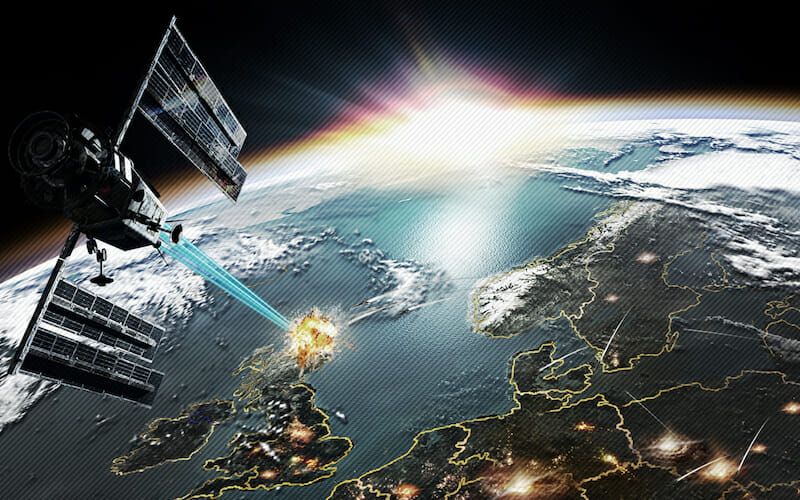 There is increasing chatter among the world’s major military powers about how space is fast becoming the next battleground. China, Russia, and the United States are all taking steps that will ultimately result in the weaponisation of space. Any satellite that can change orbit can be considered a space weapon, but since many of the possible space-based scenarios have yet to occur, cybersecurity experts, military commanders, and policymakers do not fully understand the range of potential consequences that could result.

During the Cold War, the Soviet Union was interested in paralysing America’s strategic forces, strategic command, and control and communications, so that its military command could not communicate with its forces. They would do so by first causing electromagnetic pulse (EMP) to sever communication and operational capabilities, and then launch a mass attack across the North Pole to blow up US Intercontinental Ballistic Missiles (ICBMs).

In 1967, the US, UK and Soviet Union signed the Outer Space Treaty, which was either ratified by or acceded to 105 countries (including China). It set in place laws regarding the use of outer space and banned any nation from stationing nuclear warheads, chemical or biological weapons in space. However, the Treaty does not prohibit the placement of conventional weapons in orbit, so such weapons as kinetic bombardment (i.e. attacking Earth with a projectile) are not strictly prohibited. 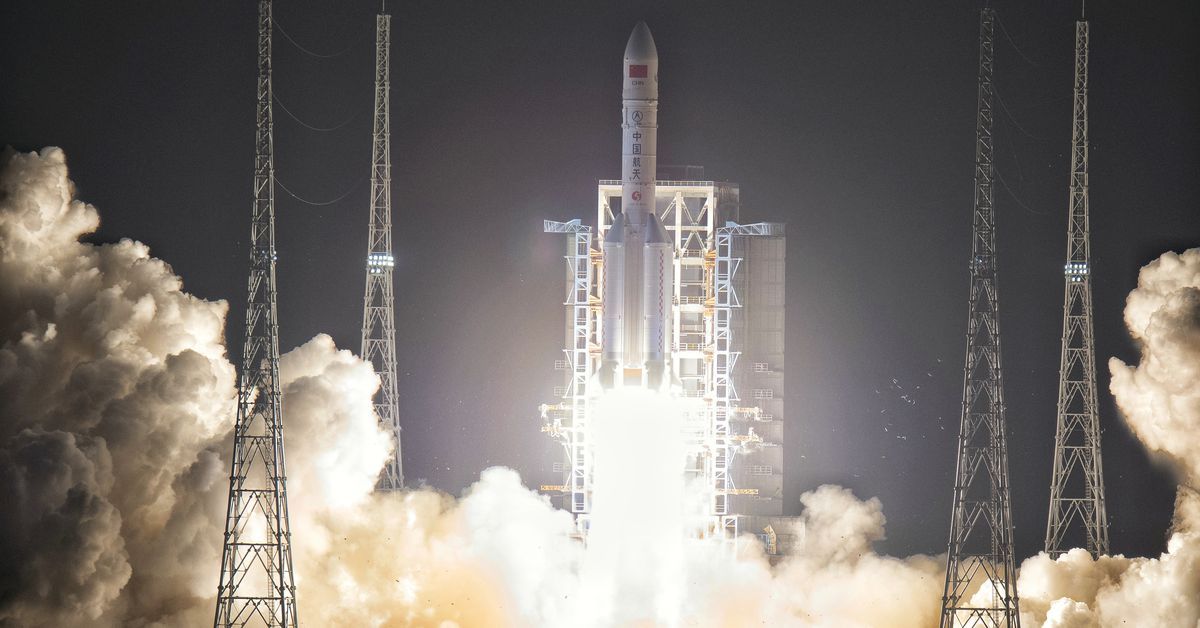 By the end of 2022, China hopes to have its biggest space station yet orbiting around Earth, and the country’s space agency wants other nations to use it. China is inviting all members of the United Nations to submit applications to fly experiments on board the future habitat, dubbed the China Space Station. It’s a major step toward international cooperation for China and its space program, which has mostly relied on domestic hardware and capabilities in the past.

“The China Space Station belongs not only to China, but also to the world,” Shi Zhongjun, China’s ambassador to the UN, said in a statement about the initiative. As a guide for the decision, Zhongjun cited the 50-year-old Outer Space Treaty, which maintains that the exploration of space should be peaceful and benefit all countries. 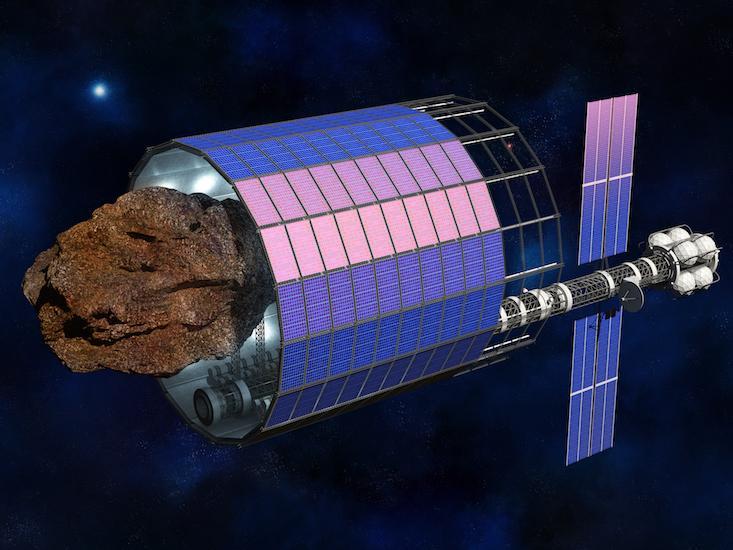 For one thing, it appears to violate international law, according to Congressional testimony by Joanne Gabrynowicz, a space law expert at the University of Mississippi. Before NASA’s moon landing, the United States—along with other United Nations Security Council members and many other countries—signed the 1967 Outer Space Treaty. “Outer space, including the moon and other celestial bodies,” it states, “is not subject to national appropriation by claim of sovereignty, by means of use or occupation, or by any other means.” The 1979 Moon Agreement went further, declaring outer space to be the “common heritage of mankind” and explicitly forbidding any state or organization from annexing (non-Earth) natural resources in the solar system.

Major space-faring nations are not among the 16 countries party to the treaty, but they should arguably come to some equitable agreement, since international competition over natural resources in space may very well transform into conflict. Take platinum-group metals. Mining companies have found about 100,000 metric tons of the stuff in deposits worldwide, mostly in South Africa and Russia, amounting to $10 billion worth of production per year, according to the U.S. Geological Survey. These supplies should last several decades if demand for them doesn’t rise dramatically. (According to Bloomberg, supply for platinum-group metals is constrained while demand is increasing.)

Palladium, for example, valued for its conductive properties and chemical stability, is used in hundreds of millions of electronic devices sold annually for electrodes and connector platings, but it’s relatively scarce on Earth. A single giant, platinum-rich asteroid could contain as much platinum-group metals as all reserves on Earth, the Google-backed Planetary Resources claims. That’s a massive bounty. As Planetary Resources and other U.S. and foreign companies scramble for control over these valuable space minerals, competing “land grabs” by armed satellites may come next. Platinum-group metals in space may serve the same role as oil has on Earth, threatening to extend geopolitical struggles into astropolitical ones, something Trump is keen on preparing for. Yesterday he said he’s seriously weighing the idea of a “Space Force” military branch.