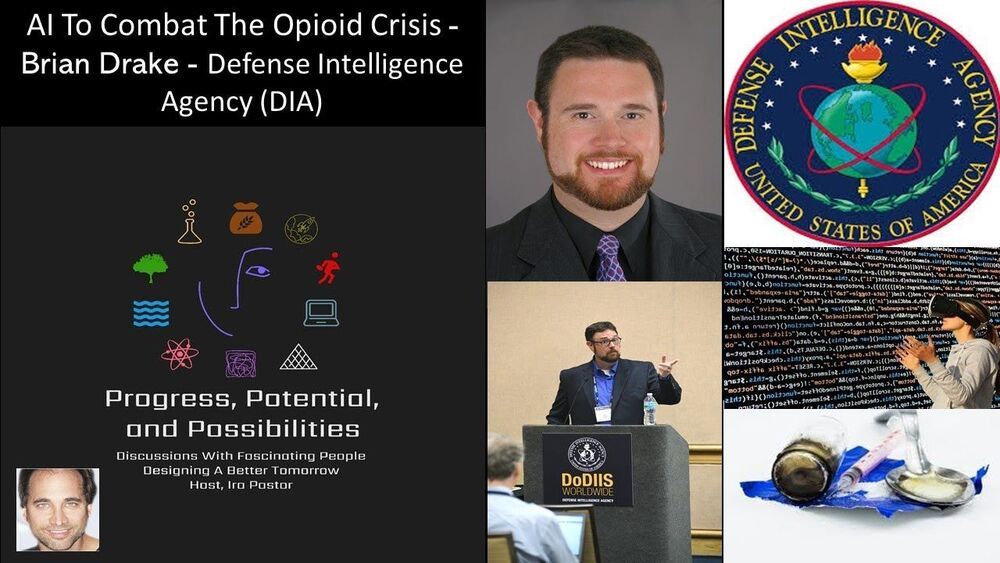 Today we are going to discuss the topic drug enforcement from a very interesting technological angle.

Brian Drake, is the Director of Artificial Intelligence for the Defense Intelligence Agency’s (DIA) Directorate of Science and Technology. Mr. Drake works with the DIA’s Future Capabilities and Innovation Office, and he also leads an initiative to test the effectiveness of different applications of artificial intelligence at solving various mission problems, including using AI to combat the opioid crisis with a DIA program known as SABLE SPEAR.

Previous to this role Brian was a Senior Intelligence Analyst and Branch Chief in the DIA’s Americas and Transregional Threats Center (ATTC) and prior to joining ATTC, Mr. Drake was a Management Analyst with DIA’s Chief of Staff.

For DIA’s intelligence analysis mission, he has worked worldwide targets in narcotics, emerging and disruptive technologies, and weapons of mass destruction.

Mr. Drake was stationed in the Pentagon as an Intelligence Briefer in the Executive Support Office, served on the Information Review Task Force, and has led several interagency technical and counterterrorism intelligence teams.

Prior to his time in DIA, Mr. Drake was a management consultant at Deloitte and Toffler Associates where he served commercial clients in various industries and government clients at the ODNI, FBI, CIA, NSA, and the US State Department.

END_OF_DOCUMENT_TOKEN_TO_BE_REPLACED 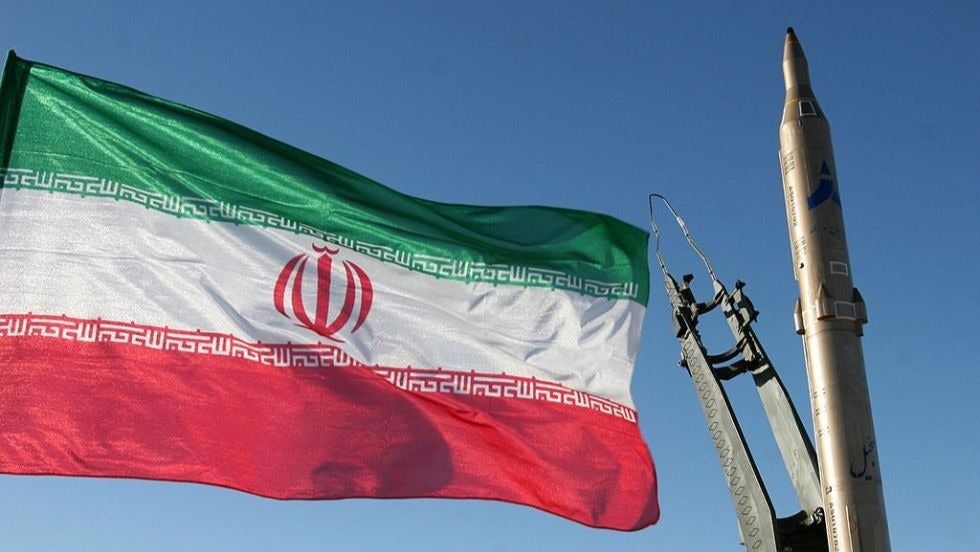 “” Martyr Fakhrizadeh was driving when a weapon, using an advanced camera, zoomed in on him,” Fadavi said, according to Reuters.

“Some 13 shots were fired at martyr Fakhrizadeh with a machine gun controlled by satellite… During the operation artificial intelligence and face recognition were used,” he said. “His wife, sitting 25 centimeters away from him in the same car, was not injured.”

“The machine gun was placed on a pick-up truck and was controlled by a satellite,” he added.”

An Iranian senior commander was quoted as saying that a satellite-controlled machine gun and artificial intelligence were used to kill the country’s top nuclear scientist.

The semi-official Tasnim news agency quoted Ali Fadavi, the deputy commander of the Revolutionary Guards, saying on Sunday that scientist Mohsen Fakhrizadeh was hit with “some 13 shots” in an attack that resulted in his death, Reuters reported.

END_OF_DOCUMENT_TOKEN_TO_BE_REPLACED 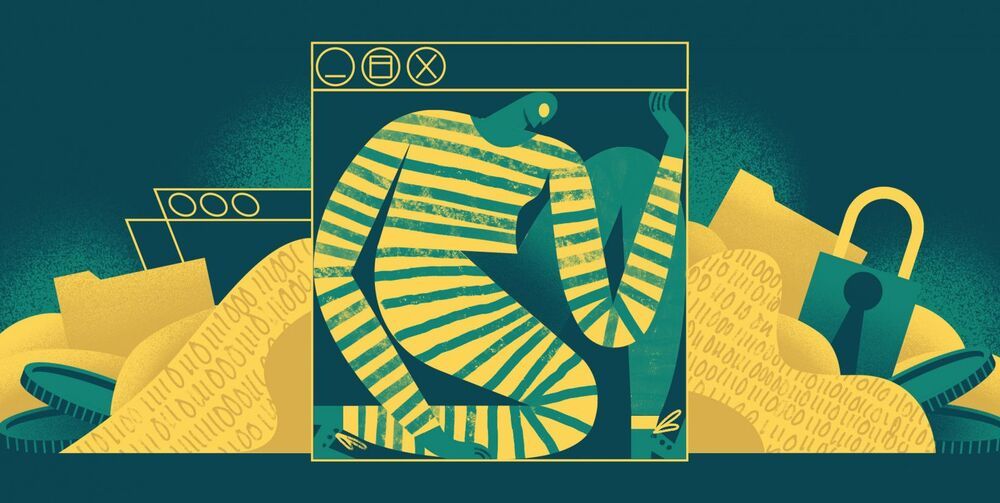 Imagine an algorithm that reviews thousands of financial transactions every second and flags the fraudulent ones. This is something that has become possible thanks to advances in artificial intelligence in recent years, and it is a very attractive value proposition for banks that are flooded with huge amounts of daily transactions and a growing challenge of fighting financial crime, money laundering, financing of terrorism, and corruption.

The benefits of artificial intelligence, however, are not completely free. Companies that use AI to detect and prevent crime also deal with new challenges, such as algorithmic bias, a problem that happens when an AI algorithm causes systemic disadvantage for a group of a specific gender, ethnicity, or religion. In past years, algorithmic bias that hasn’t been well-controlled has damaged the reputation of the companies using it. It’s incredibly important to always be alert to the existence of such bias.

For instance, in 2019, the algorithm running Apple’s credit card was found to be biased against women, which caused a PR backlash against the company. In 2018, Amazon had to shut down an AI-powered hiring tool that also showed bias against women.

END_OF_DOCUMENT_TOKEN_TO_BE_REPLACED 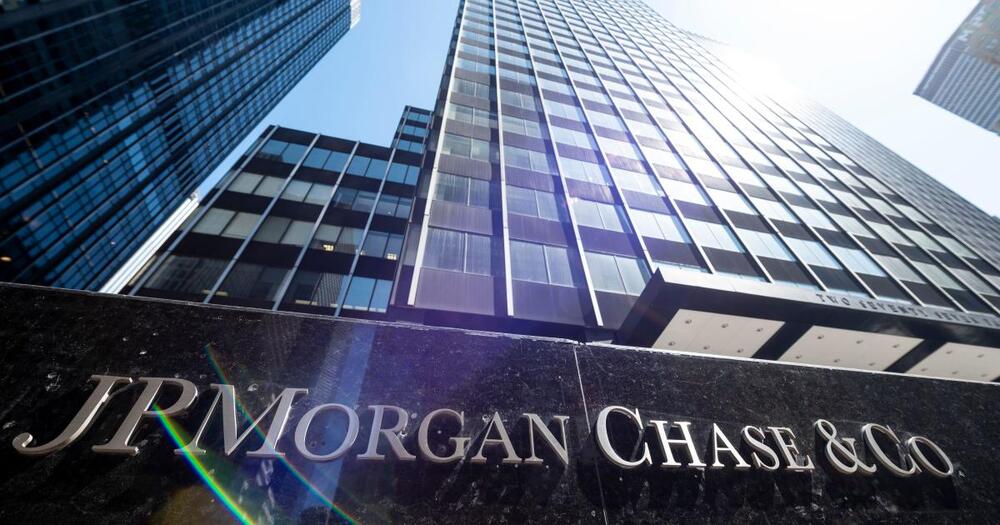 A congressional investigation into the 2016 U.S. presidential election has unearthed evidence that major banks processed $2 trillion in transactions despite suspecting they were connected to illegal activity.

So-called suspicious activity reports, filed by banks with government regulators, indicate the banks were concerned the transactions would help suspected terrorists, drug dealers, corrupt foreign officials and other bad actors move trillions of dollars around the world, as well as perpetuate investment frauds. The private reports, which covered 1999 through 2017, were obtained by BuzzFeed News and shared with the nonprofit International Consortium of Investigative Journalists.

The two organizations published their investigations into the documents over the weekend, but did not publish the complete reports. Both also declined to make public most of the information contained in the reports, including the customers who the banks suspected of illegal activity.

END_OF_DOCUMENT_TOKEN_TO_BE_REPLACED 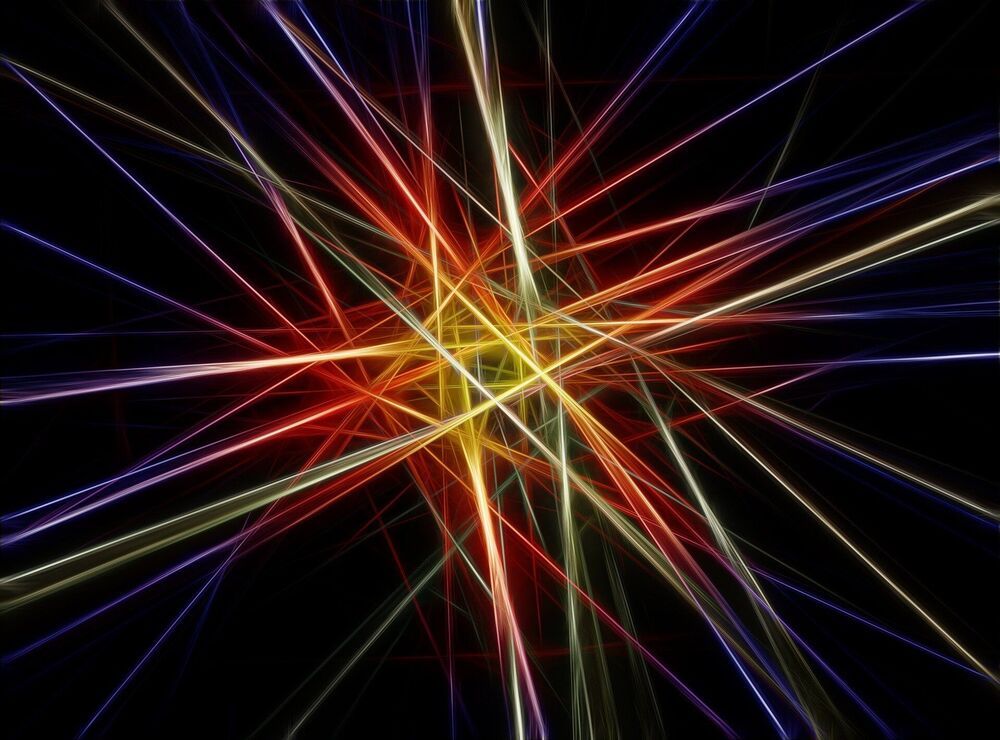 Researchers at MIT and the University of Waterloo have developed a high-power, portable version of a device called a quantum cascade laser, which can generate terahertz radiation outside of a laboratory setting. The laser could potentially be used in applications such as pinpointing skin cancer and detecting hidden explosives.

Until now, generation of terahertz radiation powerful enough to perform real-time imaging and fast spectral measurements required temperatures far below 200 Kelvin (−100 degrees Fahrenheit) or lower. These temperatures could only be achieved with bulky equipment that limited the technology’s use to a laboratory setting. In a paper published in Nature Photonics, MIT Distinguished Professor of Electrical Engineering and Computer Sciences Qing Hu and his colleagues report that their terahertz quantum cascade laser can function at temperatures of up to 250 K (−10 degrees Fahrenheit), meaning that only a compact portable cooler is required.

Terahertz quantum cascade lasers, tiny chip-embedded semiconductor laser devices, were first invented in 2002, but adapting them to operate far above 200 K proved to be so difficult that many people in the field speculated that there was a fundamental physical reason preventing it, Hu says.

END_OF_DOCUMENT_TOKEN_TO_BE_REPLACED

The United States has sold crude oil seized from four Iranian tankers earlier this year for some $40 million the AFP reports, citing a U.S. government official.

“We estimate that in excess of $40 million will be recouped by the United States related to the sale of petroleum from those four vessels,” Michael Sherwin, acting U.S. attorney for the District of Columbia said. Sherwin added that “a great portion” of the money will be donated to a fund for the victims of “state-sponsored terrorism”.

In the middle of August, the U.S. Administration said it had seized the fuel cargo of several vessels, alleging that the fuel came from Iran and was going to Venezuela. The confiscation followed a lawsuit filed by U.S. prosecutors to seize the cargo carried by the four vessels for violating U.S. sanctions against Venezuela.

END_OF_DOCUMENT_TOKEN_TO_BE_REPLACED 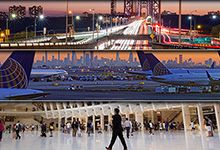 On a blustery winter day last December, a car carrying radioactive material approached one of the Port Authority of New York and New Jersey’s major transportation hubs. As the car got closer, an alarm flashed and sounded on a large monitor in the police operations center, identifying on a digital map the exact location of the vehicle and the specific radioactive isotope radiating from the car – Cesium-137. Within minutes, officers in the Port Authority Police Department – equipped with vehicle-mounted and pocket-sized radiation sensors displaying the same real-time digital map – tracked the vehicle and apprehended the suspects in a parking lot. Thankfully, the potential terrorists and radiation-emitting isotope were not a threat, as the scenario was only a drill.

The December exercise marked the capstone for DARPA’s SIGMA program, culminating a five-year effort to develop and deploy an automated, high-performance, networked radiation detection capability for counterterrorism and continuous city-to-region scale radiological and nuclear threat monitoring. The transition of the radiation-detection system took place prior to the coronavirus disease (COVID-19) pandemic. In the eight months since the SIGMA transition, DARPA has been developing and testing additional sensors under its SIGMA+ effort to detect chemical, biological and explosive threats as well.

“We want to thank the Port Authority for their outstanding support throughout the SIGMA program and their continued support as we test SIGMA+ sensors,” said Mark Wrobel, DARPA program manager in the Defense Sciences Office. “Being able to test and refine the system in the country’s largest metropolitan region was invaluable in taking SIGMA from a research project to an operationally deployed system in just five years.”

END_OF_DOCUMENT_TOKEN_TO_BE_REPLACED 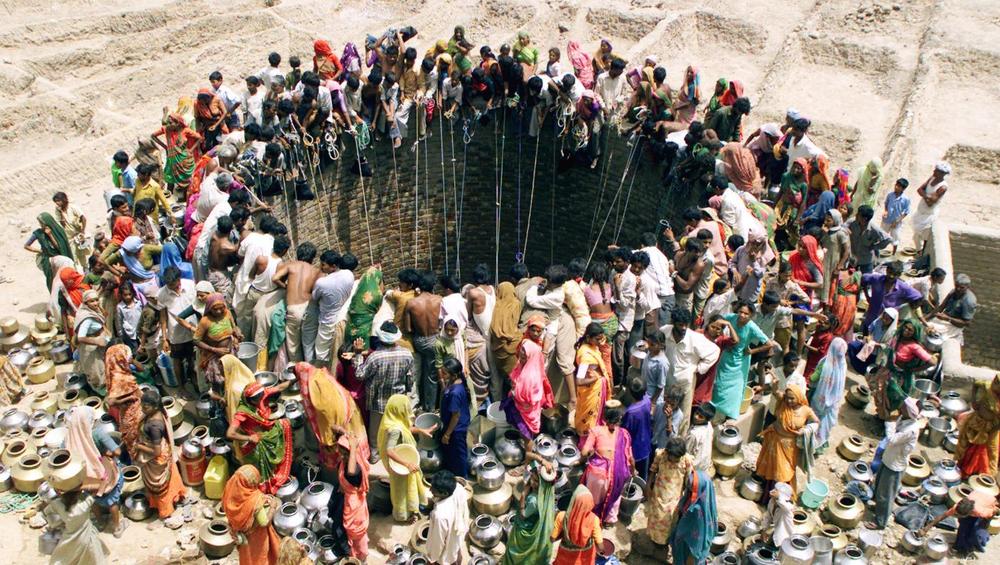 RS: The third world war is at our gate, and it will be about water, if we don’t do something about this crisis. These walks are to raise awareness—this year we covered 17 countries, and in nine of them there were displaced people. So many people in the Middle East and African countries are moving to places like Europe, in part because of water scarcity—after forced migration comes, tension, conflict, and terrorism. Where terrorism is active, there is usually a scarcity of water. Look at Syria—a long time ago, it had very good agriculture, but then Turkey built a dam that changed things. It’s a similar story with Libya. If we want a safe future, we need to start conserving water.

What role can regulation play in conservation? Do you think privatizing water is a good way to promote its efficient use?

RS: If we really think about legal changes, we have to first think about river rights, or the rights of nature, and only then about water rights for humans. This type of thinking doesn’t exist today but we need this kind of legal framework that assures that the land of the river is only for the river, that the flow of the river is kept clean, and that the river has greenery on both banks to prevent erosion and silting. Only with all these factors can we ensure that rivers are healthy and only then that we are healthy.

END_OF_DOCUMENT_TOKEN_TO_BE_REPLACED 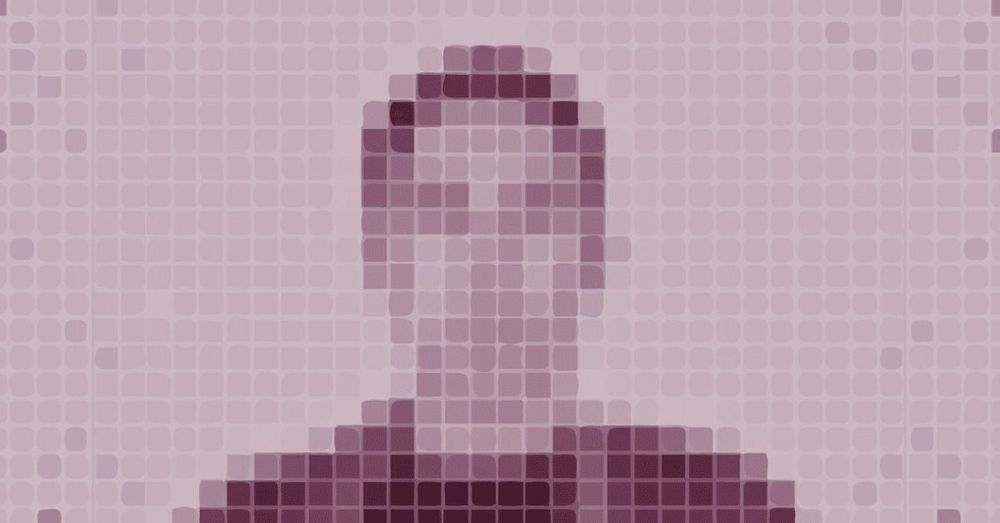 Deepfakes are the most concerning use of AI for crime and terrorism, according to a new report from University College London.

The research team first identified 20 different ways AI could be used by criminals over the next 15 years. They then asked 31 AI experts to rank them by risk, based on their potential for harm, the money they could make, their ease of use, and how hard they are to stop.

END_OF_DOCUMENT_TOKEN_TO_BE_REPLACED 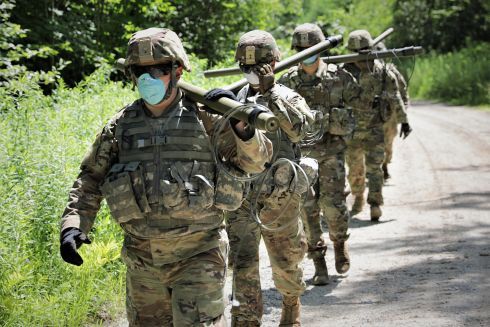 WASHINGTON — The Army National Guard will move most of its brigades under the command of its eight division headquarters as it reorganizes its fighting formations to give the force more combat power and some soldiers new career opportunities, officials said.

The Guard move will mark a substantial increase in the number of fully manned divisions that the Army can deploy, as only the service’s 10 active-duty divisions are now filled out with subordinate units, said Lt. Gen. Daniel Hokanson, the director of the Army National Guard. The increase to 18 complete Army divisions comes at a time when service officials believe a major conflict with a near-peer rival — namely Russia or China — would require the employment of full divisions, he said.

For the last two decades, the Army has focused on its smaller brigade combat teams as its primary fighting elements for counterterrorism operations and deployments focused on assisting the forces of other nations.