Up to 90% of patients who undergo open abdominal or pelvic surgery develop postoperative adhesions, or scar tissue. Minimally invasive laparoscopic surgical approaches can reduce the severity of the adhesions, but the scar tissue still forms. The cellular response to injury—even intentional injury, such as surgery to repair a problem—results in a cascade of molecules pouring to the site to heal the tissue. But the molecules, working quickly to close the wound, often go too far and bind the wound to nearby healthy tissue. Depending on the location, the resulting scar tissue can cause chronic pain, bowel obstruction and even death.

There may be a potential solution available soon, according to researchers from Southern Medical University in China. They have developed an injectable hydrogel that can plug up wounds without sticking to off target tissue, effectively preventing postoperative adhesions.

Their approach, tested in rats and rabbits, was published on Nov. 18 in Advanced Functional Materials.

END_OF_DOCUMENT_TOKEN_TO_BE_REPLACED 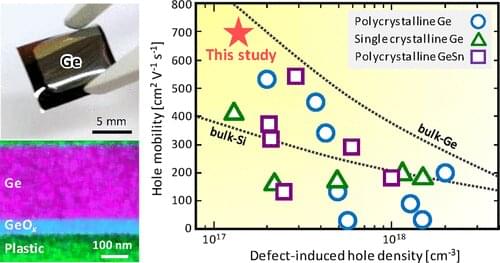 Technologists envisage an electronically interconnected future that will depend on cheap, lightweight, flexible devices. Efforts to optimize the semiconductor materials needed for these electronic devices are therefore necessary. Researchers from the University of Tsukuba have reported a record-breaking germanium (Ge) thin film on a plastic substrate that offers flexibility without compromising performance. Their findings are published in ACS Applied Electronic Materials.

Ge is a popular semiconductor for use in transistors because it has high charge carrier mobility (charge carrier refers to the electrons and electron holes that move through the material). Ge can also be processed at the relatively low temperature of ~500 degrees Celsius and has a low Young’s modulus, which means it is a softer alternative to commonly used materials such as silicon.

Ge thin films can be grown using the solid-phase crystallization technique. These thin films are polycrystalline, meaning they are made up of many Ge crystals. In general, larger crystals lead to greater carrier mobilities because bigger crystals form fewer grain boundaries that obstruct the current. Recent increases in grain size have therefore led to effective Ge thin-film transistors on rigid substrates such as glass.

END_OF_DOCUMENT_TOKEN_TO_BE_REPLACED 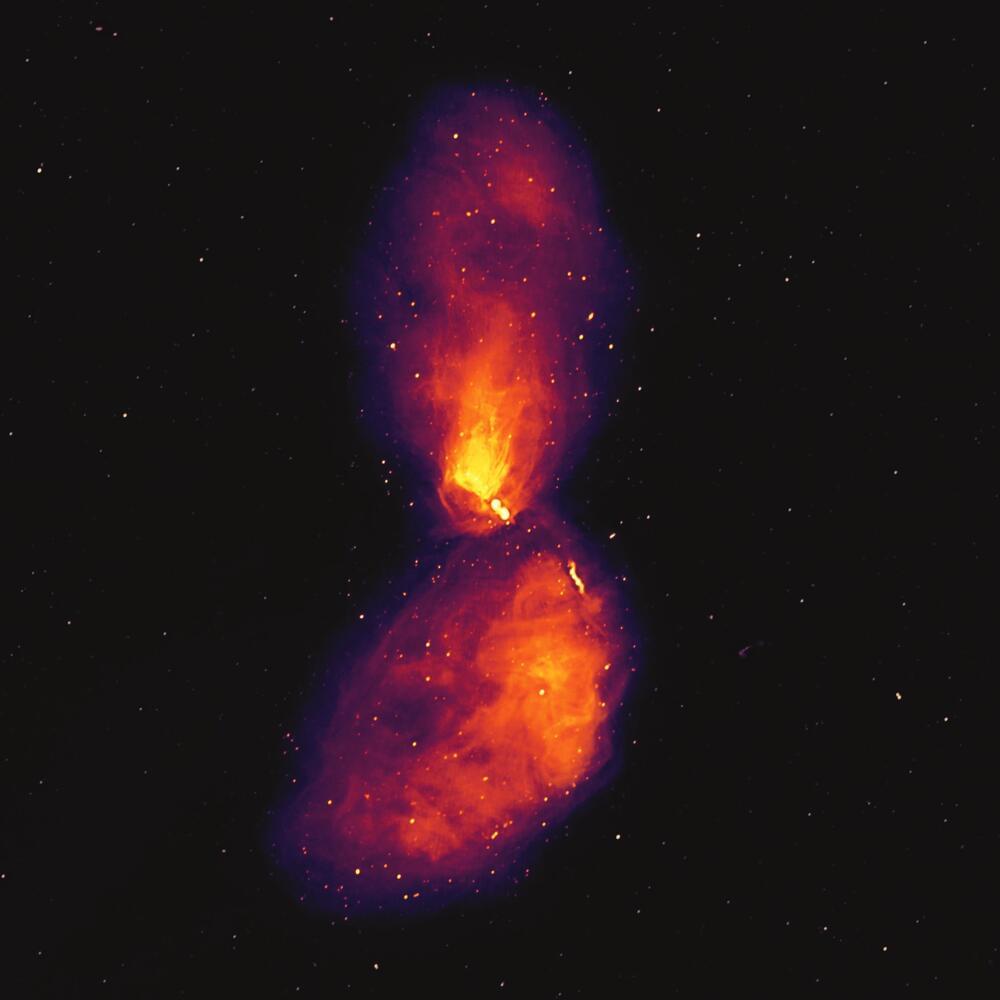 Astronomers have produced the most comprehensive image of radio emission from the nearest actively feeding supermassive black hole to Earth.

The emission is powered by a central black hole in the galaxy Centaurus A, about 12 million light years away.

As the black hole feeds on in-falling gas, it ejects material at near light-speed, causing ‘radio bubbles’ to grow over hundreds of millions of years.

END_OF_DOCUMENT_TOKEN_TO_BE_REPLACED 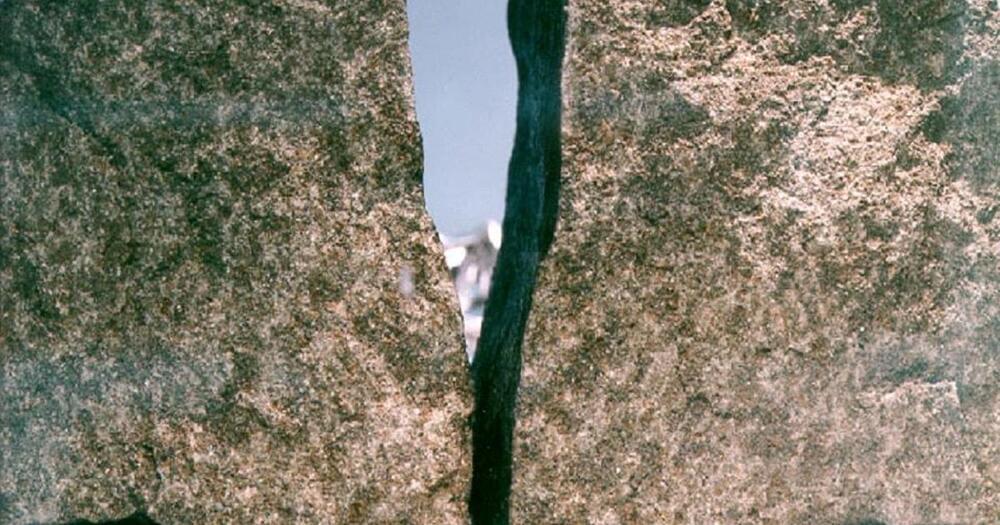 A new study suggests Earth and Mars formed from colliding material in the inner Solar System, which could shape planetary formation theories.

END_OF_DOCUMENT_TOKEN_TO_BE_REPLACED 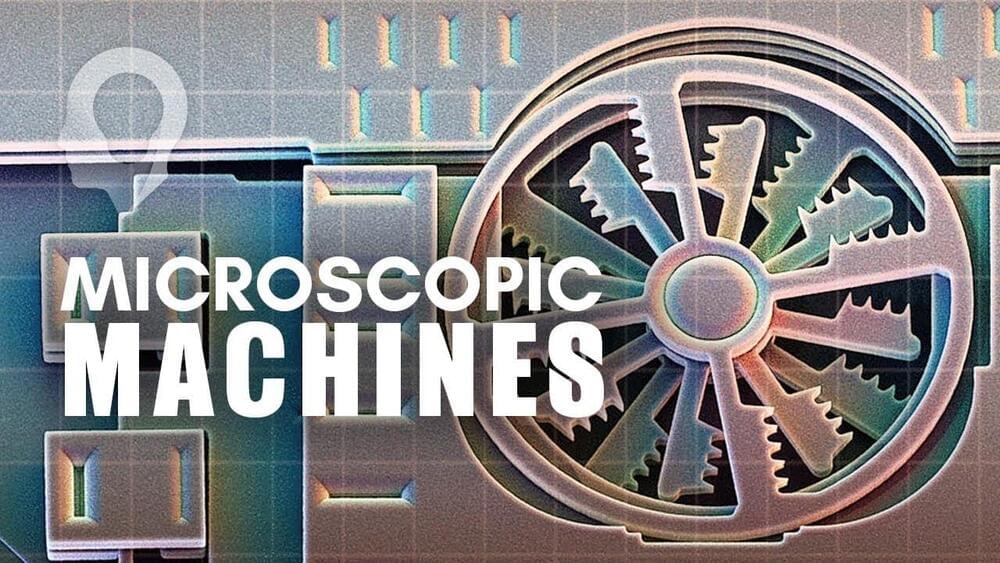 Micro-electromechanical systems or MEMS are tiny integrated devices that combine mechanical and electrical components. Traditional manufacturing techniques such as milling, turning, and molding become impractical at small scales so MEMS devices are fabricated using the same batch processing techniques used to fabricate integrated circuits. These devices can range in size from a few microns to several millimeters.

Because MEMS devices are a hybrid of mechanical and electronic mechanisms, they’re generally fabricated using a combination of traditional integrated circuit technologies and more sophisticated methods that manipulate both silicon and other substrates in a manner that exploit their mechanical properties.

In bulk micromachining, the substrate is removed in a manner similar to traditional integrated circuit techniques.

Surface micromachining, by comparison, is a predominantly additive in nature and is used to create more complex MEMS-based machinery. Material is deposited on the surface of the substrate in layers of thin films.

High-aspect-ratio micromachining differs dramatically from the other two techniques in that it’s reminiscent of traditional casting.

The accelerometers used in automotive airbag sensors were one of the first commercial devices using MEMS technology. In widespread use today, they measure the rapid deceleration of a vehicle upon hitting an object by sensing a change in voltage. Based on the rate of this voltage change, the on-die circuity subsequently sends a signal to trigger the airbag’s explosive charge.

END_OF_DOCUMENT_TOKEN_TO_BE_REPLACED 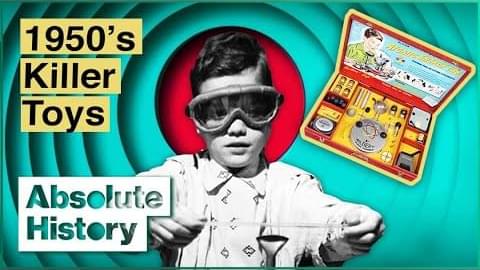 How far our safety regulations have come…

Dr Suzannah Lipscomb looks at the hidden dangers of the British post-war home. In the 1950s, people embraced modern design for the first time after years of austerity and self-denial. The modern home featured moulded plywood furniture, fibreglass, plastics and polyester — materials and technologies that were developed during World War II.

END_OF_DOCUMENT_TOKEN_TO_BE_REPLACED 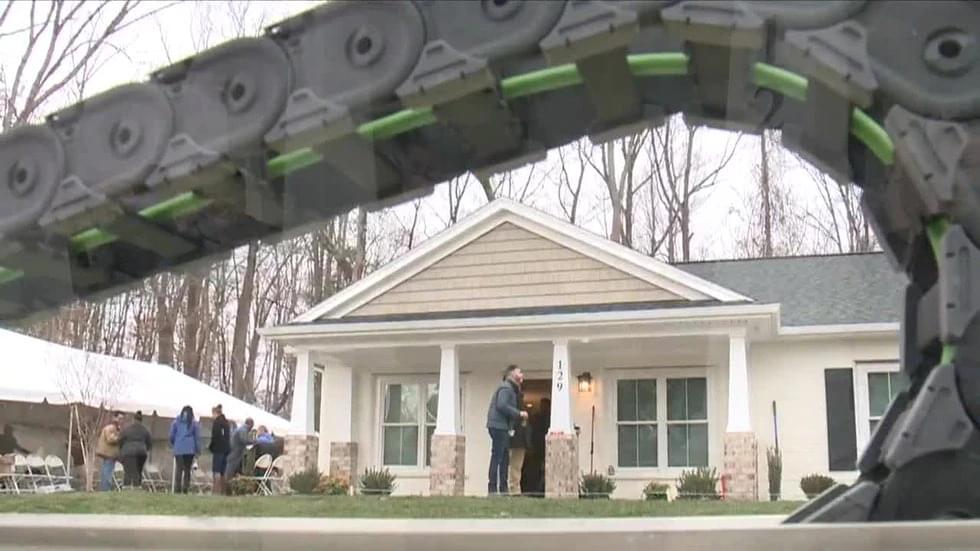 WILLIAMSBURG, Va. (WTKR) — Habitat for Humanity made the first 3D printed home in the U.S. for a woman in Virginia.

“To have a home right before Christmas is really, really exciting,” homeowner April Stringfield said.

END_OF_DOCUMENT_TOKEN_TO_BE_REPLACED 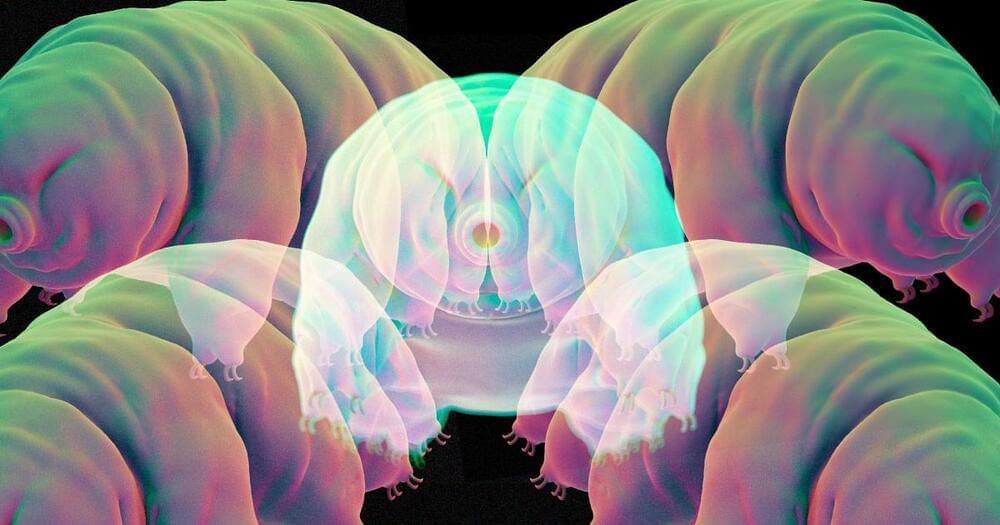 A team of researchers from Europe and Asia claim to have quantum entangled frozen tardigrades, microscopic animals that are extremely hardy and can withstand practically any conditions or abuse.

According to a new controversial preprint, the researchers managed the feat by placing frozen tardigrades between two capacitor plates of a superconductor circuit to form a qubit, the quantum equivalent of a bit.

Upon contact, they say, the tardigrade changed the qubit’s frequency.

END_OF_DOCUMENT_TOKEN_TO_BE_REPLACED 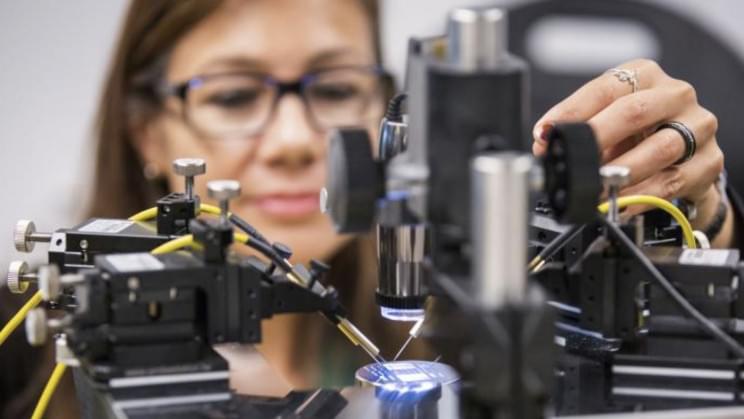 A team of researchers from the University of Technology Sydney’s Faculty of Engineering and IT has created a biosensor that clings to the skin of the face and head to detect electrical signals transmitted by the brain. Then, these signals are translated into commands to control autonomous robotic systems.

END_OF_DOCUMENT_TOKEN_TO_BE_REPLACED

Exactly six years after its first successful recovery, SpaceX has landed a Falcon booster for the 100th time.

On December 21st, 2015, the first Falcon 9 V1.2 Full Thrust (Block 1) rocket lifted off from SpaceX’s Cape Canaveral LC-40 launch pad on the company’s return-to-flight mission after a catastrophic in-flight failure just six months prior. Unwilling as ever to waste an opportunity, no matter how important the mission, SpaceX – on top of debuting a major Falcon 9 upgrade – chose to take advantage of the return to flight to attempt to land a Falcon booster back on land for the first time ever. Ultimately, on top of successfully deploying multiple Orbcomm OG2 communications satellites in orbit for a paying customer, Falcon 9 booster B1019 sailed through its boostback, reentry, and landing burns without issue. About nine minutes after liftoff, the rocket ultimately touched down on a concrete “landing zone” just a few miles from where it lifted off with uncanny ease relative to SpaceX’s numerous failed attempts in the ~18 months prior.

Exactly six years later, on December 21st, 2021, Falcon 9 booster B1069 lifted off from Kennedy Space Center (KSC) Pad 39A with an upgraded, flight-proven Cargo Dragon in tow for SpaceX’s 24th International Space Station (ISS) resupply mission. CRS-24 also marked the company’s 31st and final launch of 2021, representing more successful Falcon launches completed in a single year than SpaceX had even attempted in its entire nine-year history up to the point of that first successful booster landing.